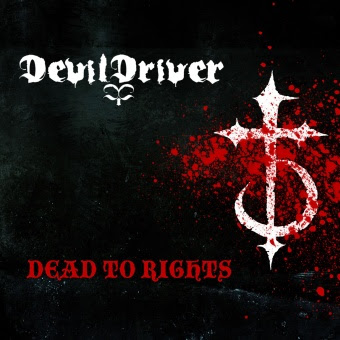 Californian groove metallers DevilDriver have released their brand new song “Dead To Rights.” For a limited time, the song is available for free on the band’s as well as Roadrunner Records’ website.
“Dead To Rights” is the first song off of their upcoming album “Beast,” scheduled to be released on February 21, 2011 in the US via Roadrunner Records. The album was produced by Mark Lewis and marks his first collaboration with the band 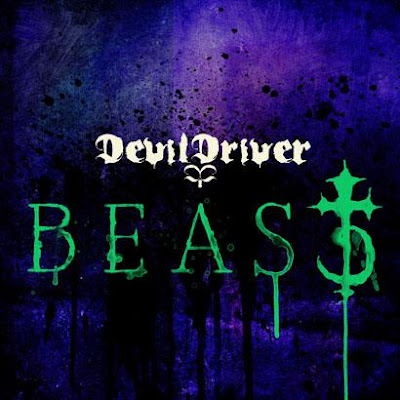 Beast is the forthcoming fifth studio album. The online Beast E-Team created by Daniel Wells and Sean Smith was mostly responsible for crashing Roadrunner Records systems on Monday, January 10, 2011. When the first single Dead To Rights was released for download.

Personnel on the new album is: 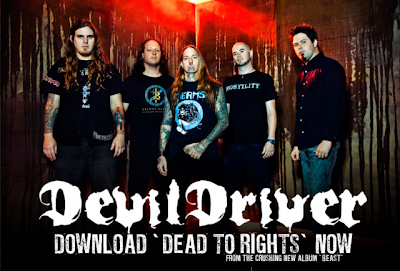 “The record is extreme,” vocalist Dez Fafara told Revolver magazine. “And it attacks from start to finish. If you liked [2007's] ‘The Last Kind Words’, this is like that on steroids and crank, driving a Buick Skylark 200 miles an hour straight to Vegas.”

“I felt like I was waking up and experiencing a moment of clarity that brought out all these pissed off, negative emotions,” Fafara said of making the album. “It’s an all-out release of pain.

Regarding the new album’s musical direction, drummer John Boecklin stated, “It’s interesting to me — it’s not the fastest shit we have done, nor the slowest, [but it] just [has] lots of groove. But to me, when people say ‘it’s got groove,’ I think it’s a nice way of saying simple and boring these days. We wanted to avoid this.

“Our record has a great contrast of dark riffs, stomp bouncing drums with the right amount of blasts and double bass, and outstanding vocal delivery from Dez that takes it past your average approach of the metal attempt. I’m not talking about reinventing the wheel or nothing. I just think our new album sits in its own corner from any of our other albums.”

Listen to "DevilDriver - Dead To Rights" on Spotify here!