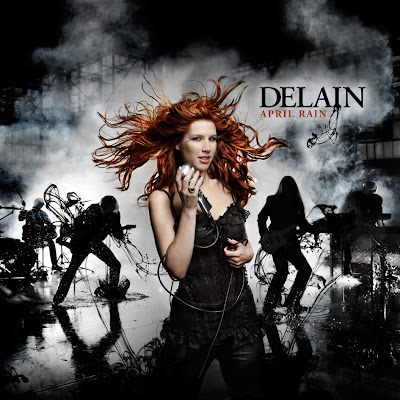 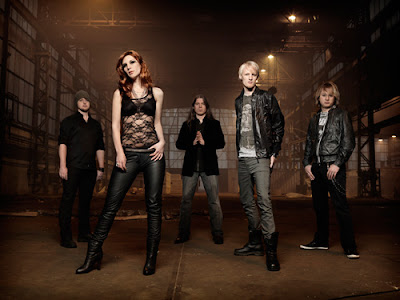 Delain is a Dutch symphonic metal band. The band was founded by the ex-keyboardist of Within Temptation, Martijn Westerholt. He left Within Temptation in 2001 when he suffered from Pfeiffer's disease. He started Delain in 2002.
They have been out touring with Sonata Artica and Winterstorm and visit Sweden a few days back. The Band was pretty good, have only heard the single but nothing more...a nice mix of symphonic powermetal with female vocal. Got some picture taken during the show, see below. 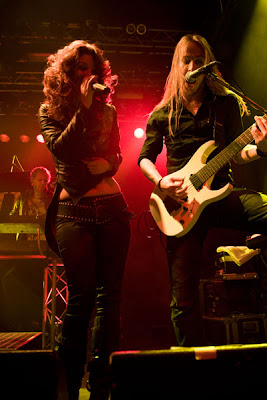 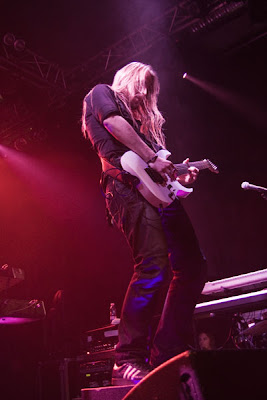 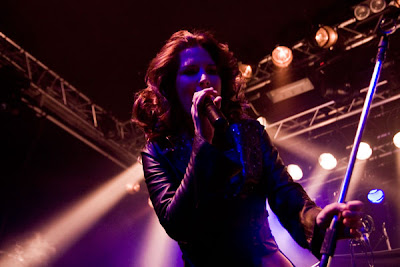 Todays tune is the title track and the first single form their latest album "April Rain", relesed March 30, 2009, It consists of the whole band playing on a bridge during a storm, and a cloaked figure walking across the bridge. The cloaked figure in the end is revealed to be Delain's lead singer, Charlotte Wessels. The music video was recorded in Serbia. Enjoy!