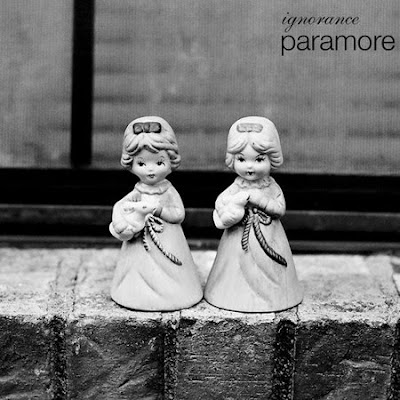 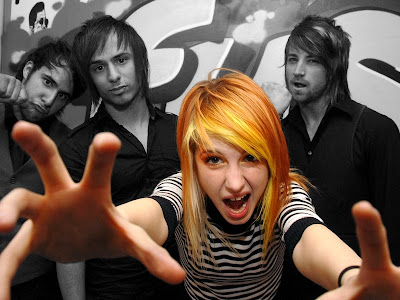 Paramore is an American rock band that formed in Franklin, Tennessee in 2004. Members are Hayley Williams (lead vocals/keyboards), Josh Farro (lead guitar/backing vocals), Jeremy Davis (bass guitar), Zac Farro (drums), and Taylor York (rhythm guitar).
The band has released 3 albums sofar, first "All We Know Is Falling" 2005, and their second album, "Riot!" 2007, "Brand New Eyes", Paramore's third album, was released on September 29, 2009. Brand New Eyes is the band's highest charting album to date and they are really growing as a band and the big success is in the door step.
Earlier this week they played at a sold out Arenan in Stockholm and next time it will be a bigger venue for sure. Did a fast visit there to see the stage that i earlier had built, looked nice with all the stuff hanging, but had no time to stay and watch as i was busy with Ace :)

Todays tune is the first single with the singer Haley Williams & Co's from their latest album "Brand New Eyes",

Frontwoman Hayley Williams talked to Kerrang! about the meaning of the song in question.
"In my eyes, this song is a huge turning point for the band. The truth of it is, growing up is not easy. We’re five different people who have to work towards the same goal on a daily basis. There were a lot of times when I felt really alone or angry or insecure. I don’t always feel good at confronting people, especially people that I love, like these guys. Sometimes it takes songs to get the point across. The song is from one person’s perspective. It’s unfair that I’m the one who gets to talk about it but it helped me a lot. The line ‘ignorance is your new best friend’ is about how I felt I was losing people, and I think the band did too. But it’s okay, we’re growing up. I love that song."

Listen to "Paramore - Ignorance" on Spotify