Accept - Too Mean To Die 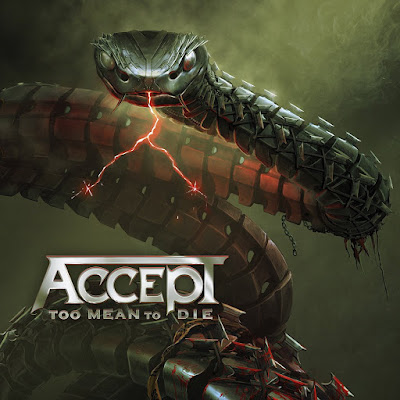 New week, it's time to introduce "Record Of The Week".

"Too Mean To Die" is the sixteenth studio album by the German heavy metal band ACCEPT since they first formed forty-five years ago. Since the reunion with the new singer Mark Tornillo and the brilliant comeback album of "Blood Of The Nations"(2010) where a great future was in sight for the band, but the spiral slowly dropped the spark and the albums have from the brilliant release, ended with an only an okay verdict so my expectations for this release was pretty mediocre, to be honest. After a couple of laps, they show quite immediately that old school heavy metal is still alive and that ACCEPT is hungrier than ever before, lockdown, insecurity creates a lot of frustration in the ACCEPT camp. A freshness of new members around Mark Tornillo and the only original member Wolf Hoffmann can be heard in the mix. Usually it's the singer that is the main man in a band but in this case, it's the guitarist, with the classic ACCEPT guitar sound is something that you immediately recognize, the vibe of Hoffmann's strike on the strings is a signature. JUDAS PRIEST guitarist and super-producer Andy Sneap sprinkles his magic on the eleven tracks and there are certainly echoes of the Midlands legends both in the sonic make-up and structure of some of the tracks. 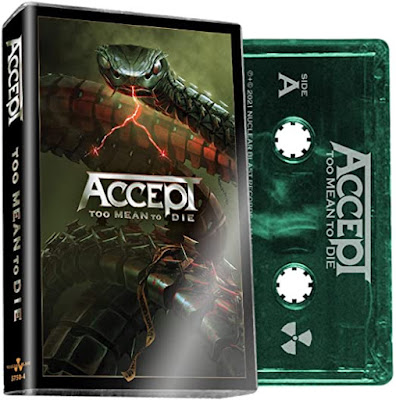 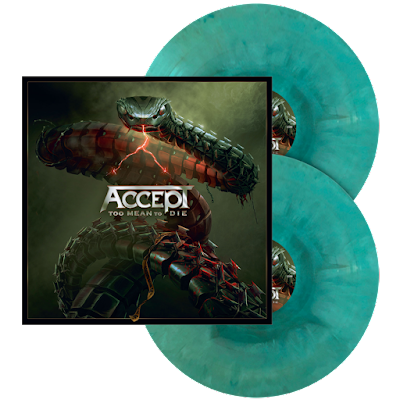 "Too Mean To Die" has all the elements of classic heavy metal; the guitar playing from Wolf Hoffmann (Guitar), Uwe Lulis(Guitar), Philip Shouse(Guitar)(Guitar), yes three guitarists that creates a massive layer sound when they shreds each track with vein-rattling riffshreds each track with vein-rattling riffs along with the bassist Martin Motnik and some great hard-hitting beats by the drummer Christopher Williams, all this topped with some pure metal vocals in the true ACCEPT vein of Mark Tornillo. The album starts with a guitar lick intro of "Zombie Apocalypse", a catchy piece with really powerful vocals by Tornillo, a tune that has traditional roots of the band with strikes of JUDAS PRIEST. The same powerful formula is used in the title tune "Too Mean To Die" where old school heavy metal with a solid mix of musicianship and powerful vocals really can make an effect on the listener, yes, simply a big slap in the face. They gear up a notch in "Overnight Sensation" where the catchiness almost overcomes themself in this rocker which continues in the driven smoker "No One’s Master", the lead single "The Undertaker", has a fat bassline and big chorus almost like it was written for Alice Cooper. The hand gets into the pocket, searches for the knife cutter "Sucks To Be You", where the sounds lean more to the history of the band. Halfway true and some new energy is put under the carpet, and it's time for the tasty "Symphony Of Pain", classic ACCEPT sound eco's out from the speakers, glorious guitars and a small references to world-famous "Ode To Joy" and even the monstrous 5th Symphony by Beethoven. Time to slow down a bit and let Tornillo rest his voice a bit in the beautiful ballad "The Best Is Yet To Come", a tune that easily could be the "Best Ballad" of this year. Big drums in "How Do We Sleep", clear and neat guitars, powerful melody, marvelous warm soaked vocals, and huge chorus makes this tune a powerful piece. Followed up by a classic "Rock" sounded stomper in "Not My Problem" that gives the album some spices. The album closes up with "Samson And Delilah", an instrumental classic piece, and really show how well the band plays together.

ACCEPT showing that they still know their thing, I'm impressed with their creativity still reaching these heights, and with such a variety in the tunes, brilliantly worked guys. "Too Mean To Die" was released on January 15th, 2021 by Nuclear Blast Records.

Sum: "Too Mean To Die" is a brilliant release from these Heavy Metal masters! 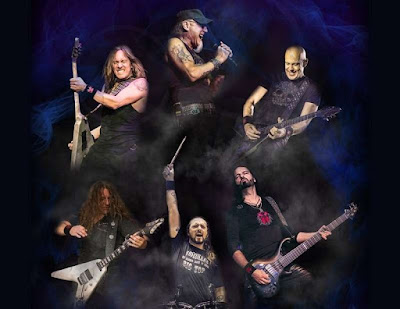 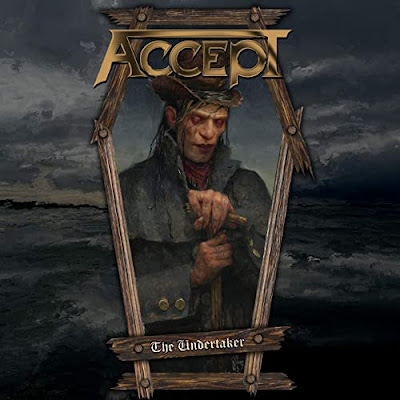 Today's tune "The Undertaker" is taken from "Too Mean To Die", enjoy!

Listen to ”Accept - The Undertaker" on Spotify!