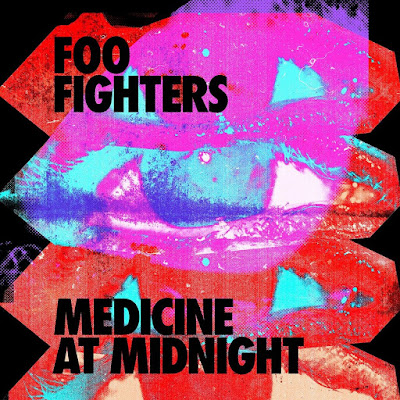 Monday, new week and it's time to introduce "Record Of The Week".

"Medicine At Midnight" is the tenth studio album by FOO FIGHTERS, the two first single "Shame Shame" and "No Son Of Mine" has already been published here. Two great tunes from the new album. 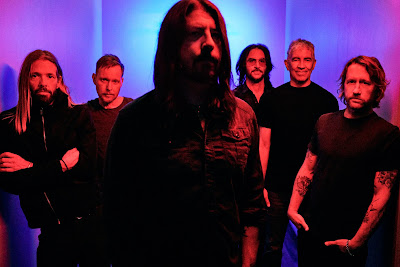 The new album is a very fun record, they’ve taken everything they’ve done so far and cranked up the optimism and put the face for the future. The end result is really refreshing rock with a groovier sound with catchy tunes. For this record they hired producer Greg Kurstin who has worked with Sia and P!nk. Nine tracks with a playtime of 36 minutes, gives us the shortest album to date with FOO FIGHTERS. 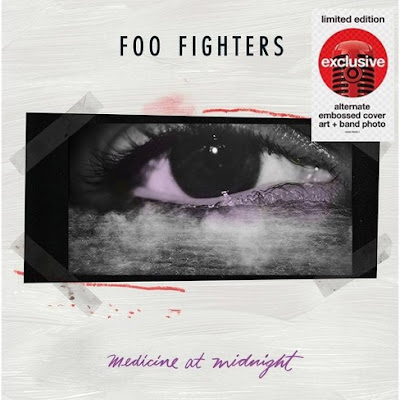 The album opens up with "Making A Fire", a great rocker that is very radio friendly, cool guitar riffs and a "na-na” choir background. It's followed by the lead single "Shame Shame" a percussive and almost funky, but it’s also slightly tinged with melancholy, especially on a string-laden chorus that sounds very much like THE FOO FIGHTERS we’ve always known. "Cloudspotter" is a groovy rocker with some KISS feeling over it. Follows up by a half paced toy gun in the third single "Waiting On A War", a cool tune with strings and a folkish flavour. The title track opens up in a light funky way with a thick bass line and a bluesy guitar solo shows another side of the band. Change of direction with "No Son Of Mine", a driven catchy rocker with'70s-style high-pitched backing vocals, an excellent tune that will stick on your brain for some time that follows with the groove laced "Holding Poison". After the energetic tones, it's time to step down a bit and serv us with a ballad in "Chasing Birds", a very nice tune that echos old THE BEATLES. The album closes up with some galloping guitar in the fast pacing where they take the breath away in "Love Dies Young". The album oozes the spirits of lockdown and the trapped creativity that just flows out from the pens of this lads, even if the album feels a bit scattered the end result is a fun rocker that is really refreshing and well made.

Sum: A great and fun rocker for the lockdown.

Today's tune "Waiting On A War" is the third single taken from "Medicine At Midnight", enjoy!

Listen to ”Foo Fighters - Waiting On A War" on Spotify!

Email ThisBlogThis!Share to TwitterShare to FacebookShare to Pinterest
Etiketter: Foo Fighters, Medicine At Midnight, Record of the Week, Review, Rock