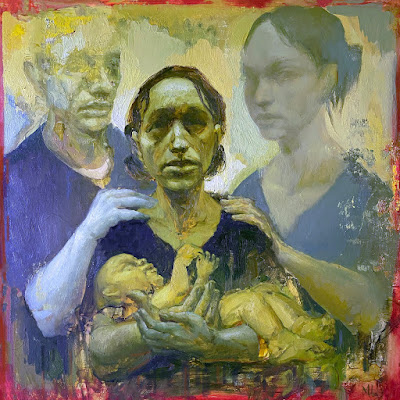 Monday, new week and that mean it's time for Record Of The Week.

PALLBEARER's new album "Forgotten Days" is carefully plotted throughout 2019, and it's the quartet's fourth long-player of the best doom Arkansans can give.

For this album the band worked with producer Randall Dunn (SUNN O))), EARTH). The album was released on October 23 via Nuclear Blast. With "Forgotten Days" the band spreads thier wide wings a bit longer and serve us with a darker and more aggressive beast than the previous album "Heartless" from 2017.

"Forgotten Days" is spread across eight towering tunes that is heavy and doomish with progressive and sluggish SABBATH infused riffs full of emotion, melancholy and metallic sparks. The opening title tune is a groovy heavy rocker, it has a SABBATH lullaby feeling over it that wraps you with a heavy wool blanket. When you finally get loose, you stand there, wet and miserable and let the softly grunge and beautiful "Riverbed" guide you back on the right path. Comsic and progressive tune "Stasis" massages the album it into new shapes and gives us some 70s-esque synthesisers. With a progressive shimmer of twele minutes slow but well thought out "Silver Wing" they show us that variety is key. In the heavy and rumbling piece we set our sights on "The Quicksand Of Existing", leans back and feels how it swings. The heavyness continues in "Vengeance & Ruination". "Rite Of Passage" is real killer tune, with the beautiful layout, groovy harmony and excellent guitars, a tune that bring my toughts to RUSH. The album closes up by the epic and powerful "Caledonia", an intro with a thick, syrup riffing until the synthesisers get along and gives the thickness an another face. A playful way to build up something marvelous like this. Well done guys. "Forgotten Days" is a solid and heavy release by the band, it will require a bit from the listner, it will grow you more you spin it and it will be something you will not regret. The album also feature Campbell's best vocal lines to date. The marvelous cover art is made by artist Michael Lierly, the brother of the band's drummer Mark Lierly. "Forgotten Days" is Highly recomended. 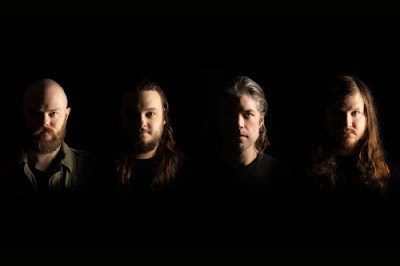 Sum: A solid and heavy release by PALLBEARER, a must have in the collection. 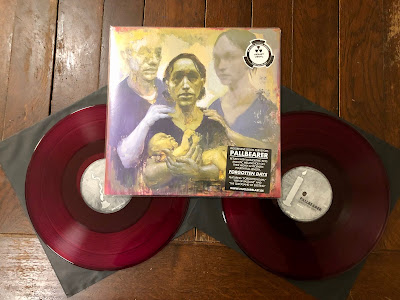 Today's tune is the title track from "Forgotten Days", enjoy!

Email ThisBlogThis!Share to TwitterShare to FacebookShare to Pinterest
Etiketter: Doom, Record of the Week, Review, Vinyl