Necrophobic - Dawn Of The Damned 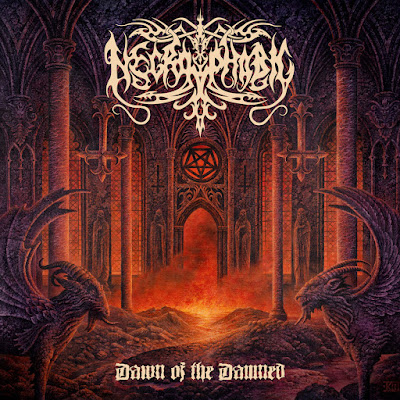 Monday, a new week and it's time to introduce "Record Of The Week".

With thirty years of active, nefarious service under their bullet belts, the Swedish NECROPHOBIC are undisputed legends of the death and black metal underground. "Dawn Of The Damned" is once again recorded in collaboration with Fredrik Folkare of death metal icons UNLEASHED. The album was released on October 9th, 2020 via Century Media Records worldwide. The marvelous artwork is made by Necrolord. 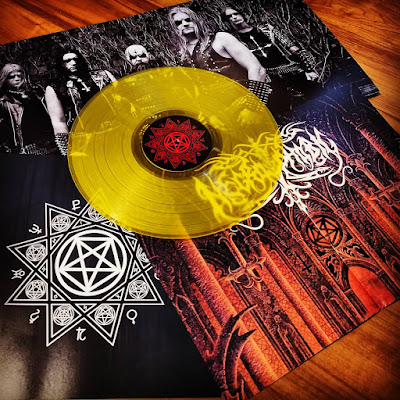 There is no doubt that the previous album release "Mark Of The Necrogram" signified a new high for NECROPHOBIC in terms of sonic power. The expectations were high when I let the needle touch the first lines of my transparent "Sun Yellow" vinyl. With a bit worried soul I feared that they wouln't be able to keep the creavity and quality as high as the previous release. But hey ...after a few spins the worrines had change to a loveful happiness.

NECROPHOBIC shines like a star on it's aphelion from Earth and with its shimmer streaks down on the "Dawn Of The Damned". The album is an marvelous follow up to the previous release. Guitar driven melodic black/death metal as it's best. From the opening intro "Aphelion" to the album closer "Devil’s Spawn Attack" we get served with incomparable, bombastic tunes with such quality and masterful brilliance that you get tipped overboard of amazement and love for the show these guys servers us.

Sum: With "Dawn Of The Damned" they surprised themselves by their own brilliance. 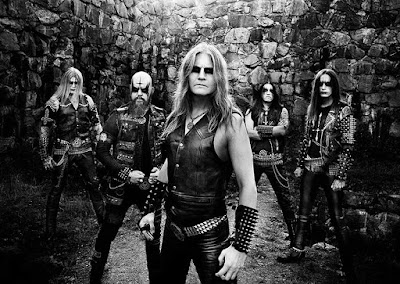 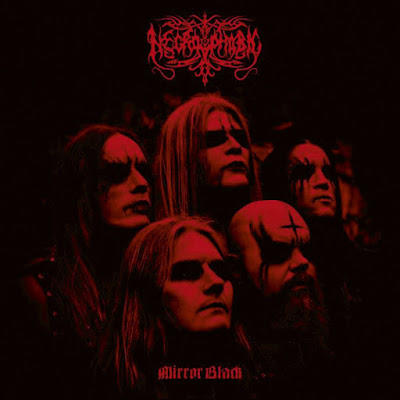 Today's tune "Mirror Black", taken from "Dawn Of The Damned", enjoy and give this record a spin!