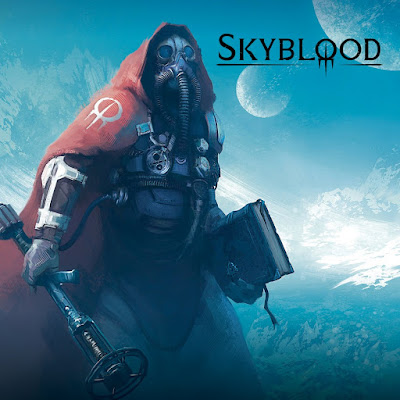 SKYBLOOD is a side project of Mats Levén, a man with a voice that has a resume that you don't joke with anyway. He is no stranger to the heavy metal scene, Mats Levén has fronted many, to name a few like SWEDISH EROTICA, Yngwie Malmsteen, KRUX, AT VANCE and THERION and more recently he fronted CANDLEMASS. Mats Levén was the guy that in my ears made them all interesting, his vocal performance has been totally magic over the years. Since his departure from CANDLEMASS, he has continued work on his solo project SKYBLOOD and now his alter ego and solo operation is here with the eponymously titled album. 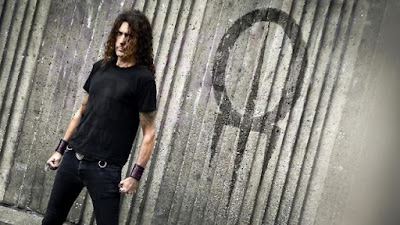 "Skyblood" is an interesting piece of music. It's not really what I expected to be, as you get used to hearing someone sing over a long time, you become comfortable in how things should be and sound like, somewhere around there the expectations are. When it does not sound like you expect, you become uncomfortable, almost in a negative way. The first impression means a lot of how the outcome should be reviewed. After the first lap I wondered if I had put on the right record, this doesn't sound like Mats. The music rocked, the vocals are great but it sounds like somebody else. Somehow I got stuck to that, lay the record to the side until the next day came. Here did I prepare my self with a great cup of coffee, clean the ears and put on the Sennheiser headphones, with a steady grip I put the needle to the record, sank into the couch. So don't give up after the first spin, let it loose more the one time and you will be rewarded.

The intro "Skyblood Manifesto" opens up the album like a marionette theatre until the industrial screamy noise starts up "The Voice", a fast-paced rocker until Levén opens his voice and the first dramatic tone is out, hell yeah this is Levén and nobody else. Yes, he partly sounds like an offspring of David Bowie and Geoff Tate, the music has a STRAPPING YOUNG LAD vibe over it, but I like it. This is followed up with the killer tune "The Not Forgotten", a heavy and straightforward rocker with a grim punch and a catchy chorus.

That Levén can sing is no doubt about it and that this album fingers a little here and there with all the different genres makes it very interesting to listen to. Like when he reaches up in the higher register like tunes "One Eye For An Eye" and "Wake Up To The Truth" or the groovy "For Or Against" to the smooth start of "Once Invisible" gives the wink of a ballad, but this grows heavier along the way, great dark riffing with a great melody. "Out Of The Hollow" half pace beauty, with a light mid-eastern touch, slightly doomy with a Bowie-like vocal. "Le Venimeux" is an epic album closer, hit the 10 minutes mark, pianos and acoustic guitars along with a flute are the main instruments around Levén’s gloomy vocals, the tune flows slow and beautiful until the sky opens up into a massive soundscape with the rest of the rhythm section. And there is simply no denying the overwhelming charm and class of the whole thing. Time for one of modern metal's unsung heroes to step into the spotlight.

"Skyblood" is Levén’s solo album all the way, besides singing and play both guitar and keys, he has written all the tunes produced the record at his own studio, the Uzi G Studio in Stockholm. As he is a well know singer he has the advantage to call up a few friends to help out. Among the guest musicians are Martin "Axe" Axenrot (BLOODBATH, OPETH, WITCHERY), Marcus Jidell (AVATARIUM), Nalley Påhlsson (TREAT, THERION), Snowy Shaw (ex-KING DIAMOND) and Petter Karlsson (ex-THERION). According to Mats, Skyblood is who he is. This is Skyblood. Skyblood equals pride, empathy, and rage.

Sum: SKYBLOOD is something you need. 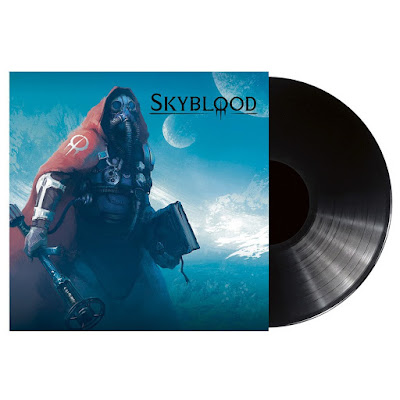 Today's tune "The Not Forgotten" is taken from the self-titled album with SKYBLOOD, released November 22nd, 2019, enjoy!

Listen to ”Skyblood - The Not Forgotten" on Spotify!

Email ThisBlogThis!Share to TwitterShare to FacebookShare to Pinterest
Etiketter: Candlemass, Mats Levén, Metal, Record of the Week, Review, Skyblood, Swedish, The Not Forgotten