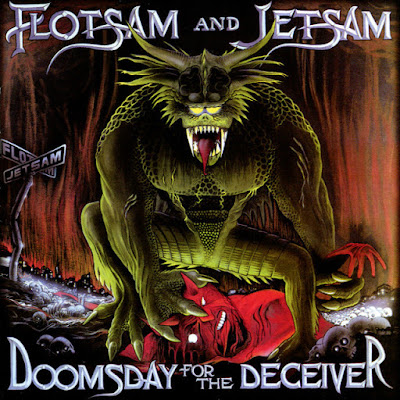 1986 was the year when the first PC virus, Brain, starts to spread. And I can say that I didn't know that a computer could be sick :) This is also the year when the debut album "Doomsday For The Deceiver" by the American thrash metal band FLOTSAM AND JETSAM saw the first light.

"Doomsday For The Deceiver" was released on July 4, 1986, on a budget of $12,000, and recorded in two weeks. It is the only album by FLOTSAM AND JETSAM with Jason Newsted before his departure for METALLICA. Most lyrics were written by Newsted; his songwriting contributions also appeared on the band's next album "No Place For Disgrace" and their 2012 album "Ugly Noise". The album was re-released in 2006, including a re-mastered version, DVD, and original release. This album was the first of only a handful to ever receive a 6k rating from the influential British magazine Kerrang!. The album cover can be seen in the 1988 movie Sleepaway Camp II: Unhappy Campers. 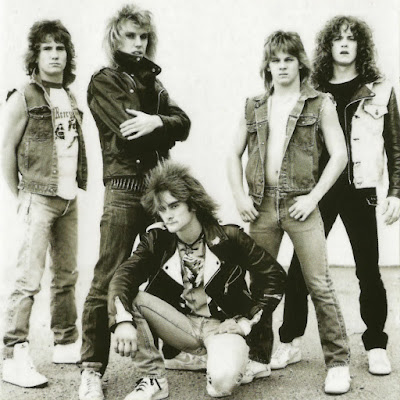 Today's tune "Hammerhead" is taken from "Doomsday For The Deceiver", enjoy!