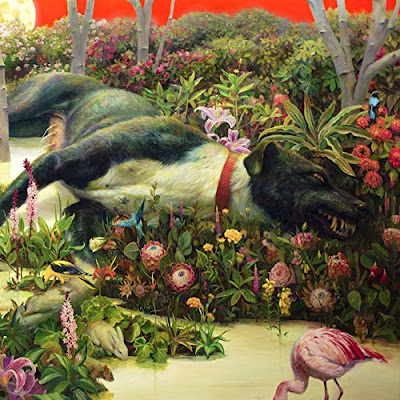 Monday and it's time to present "Record Of The Week"

10 years as a band and I have followed them since 2011. It has been a wonderful time, that with great anticipation at every album release, nothing I pretend about, the high expectations have been fulfilled and joy procured. A band that lives on the road, visit Sweden at least once a year, usually two. Then  having the time and creativity to create a new album in between and keep the high standard is magical.

"Feral Roots" is a great example, or I should say that it's more like a testament that RIVAL SONS is one of the greatest bands in the contemporary bluesy rock 'n' roll and high energy riffs. 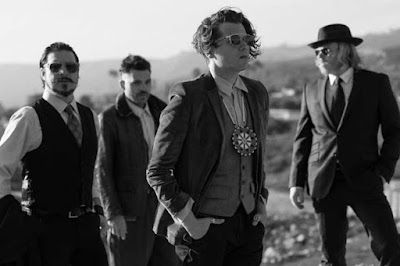 Already at the first riff of album opener "Do Your Worst", follows the sound that we are familiar with, powerful and catchy piece, with an guitar work to die for. "Sugar On The Bone" is continues on the same line with a guitar driven rock and a soaring vocals. "Back In The Woods", drumming intro signed Michael Miley until he lets in Beste and Holiday to join the party, then it's Miles with his odd drum breakdowns and Buchanan that stands in the light backed with a choir of Kristen Rogers and Whitney Coleman. The girls also help out in tunes as the beauty "Feral Roots", swagger "Stood by Me", rollicking "Imperial Joy" and the funky "All Directions". "Look Away" opens up with an acoustic guitar intro until the electrics turns on, bluesy rock in it's best way, with excellent musicianship between the guys. The title tune "Feral Roots" is one of true high lights, a soulful vocal that gives goose bumps and provide tremors throughout the body, holy Moses! The tune "Too Bad" opens up with a pretty cool guitar lick, the tune have a great intensity. "End Of Forever" have a vintage modern electric vibe, dynamic atmosphere. The album closes with "Shooting Stars", opens with The Nashville Urban Choir and Buchanan in a gospel-style of engagement, really powerful and meaningful in today's social world.

"Feral Roots" shows the band's versatility in both musical craftsmanship and the execution that gives the listener a musical-ride of blusey rock n' roll with an excellent intensity. The album was recorded live in Nashville, Tennessee’s own RCA Studio A and the legendary Muscle Shoals Sound Studio in Sheffield, Alabama. Working once again with producer Dave Cobb. "Feral Roots", was releaserd on Friday, January 25. 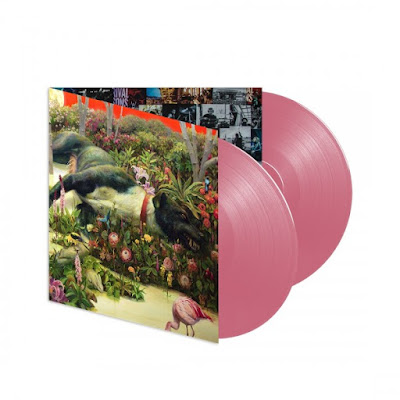 Sum: RIVAL SONS show they still can do it. Excellent blend of styles along with their signature sound. Highly recommended!

Today's tune is the beautiful title tune "Feral Roots", sit back and enjoy this piece of art.