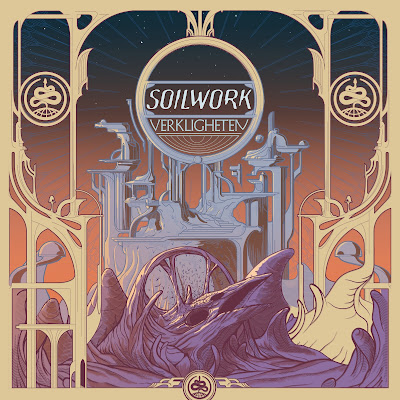 "Verkligheten" (Swedish for "Reality"), SOILWORKs 11th album, released January 11, 2019. It is the first album to feature drummer Bastian Thusgaard as the replacement of longtime member Dirk Verbeuren. The album's release also marks the longest gap between SOILWORK studio albums to date, with their previous album, "The Ride Majestic", having been released nearly three and a half years earlier. 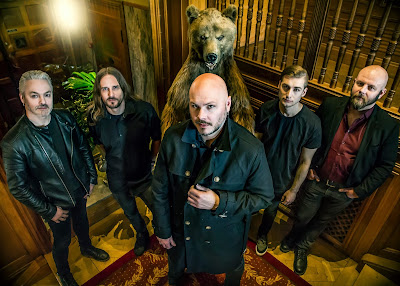 That SOILWORK is known for is well crafted tunes and with the latest release "Verkligheten" they have once again showed how to make great tunes that is easy to grasp even though there is a complexity in their creation and their way to blend aggression and grandeur. It's very easy to shake your legs to their music, it's very melodic, hard and extremely well played with a great swing and punch that just tickling the ear canals with lovely sounds.

The album opens up with the title tune "Verkligheten", a beautiful instrumental intro before the album second tune "Arrival" explodes with freaking guitar riffs signed David Andersson and Sylvain Coudret, mean bass licks by Taylor Nordberg, thunderous blast beats by Bastian Thusgaard, along with a superb harsh and soft vocals by the main man Björn Strid. "Full Moon Shoals", is a real beauty, melodic, harsh and very progressive. "The Nurturing Glance" opens up with a neatly intro before it erupts into a heavy melodic mayhem, catchy with a great swing. "When The Universe Spoke" and "Needles and Kin" (featuring Tomi Joutsen from AMORPHIS) are two highlights, both with deadly blastbeats with a superb riffing and hooks to die for. The electromagnet beauty "Stålfågel"(featuring Alissa White-Gluz ARCH ENEMY) is another killer tune with big catchy choruses that force you to squeeze the volume even more. Screamadelic tunes like "Bleeder Despoiler" and "The Wolves Are Back in Town" are some neat tunes. "The Ageless Whisper" have some catchy hooks, riffing and magic middle play. The half paced tune "You Aquiver" (featuring Dave Sheldon) with it's immensely hummable hooks ends this strong album, nice to see that you guys are back and that it sounds so good after 20 years, well done.

Sum: This is a top-notch melodic death metal album and a superb way to start the new year. 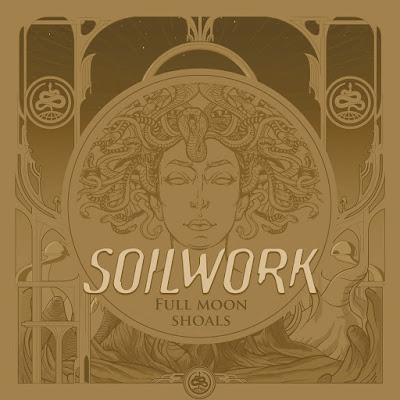