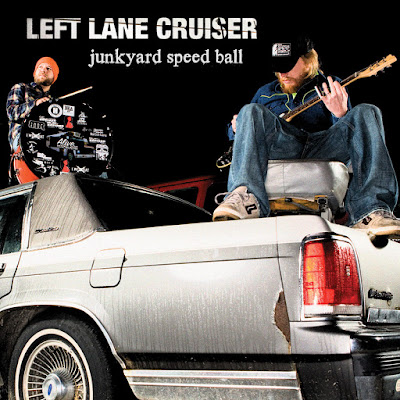 LEFT LANE CRUISERs third album for Alive Naturalsound records could be considered, in many ways, their best effort yet. "Junkyard Speed Ball" brings in the elements of the heavy, heart thumping, trash blues stomp they're known for, but it also showcases a wider range, with some slower numbers that will make you groove.

Recorded in Detroit by Jim Diamond, LEFT LANE CRUISER is joined by none other than Revrend James Leg (aka John Wesley Myers) of the BLACK DIAMOND HEAVIES playing keyboard on five songs, with his distinctive style undoubtedly bringing a new color to the duo sound. This whiskey fueled two man frenzy of blues-driven rock’n’roll noise straight from Fort Wayne, Indiana was formed by Freddy J. Evans IV (guitar/vocals) and Brenn "Sausage Paw" Beck (drummer/percussion/vocals), and hailing from Fort Wayne IN, LEFT LANE CRUISER has been bringing its unique style of high octane punk blues (aka deep blues) to fans all over the world, slowly gaining recognition from the press : “Assimilates the Mississippi Delta blues laid down by guys like Big Joe Williams and Son House and cultivates it into a country punk blues speedball (Popmatters). 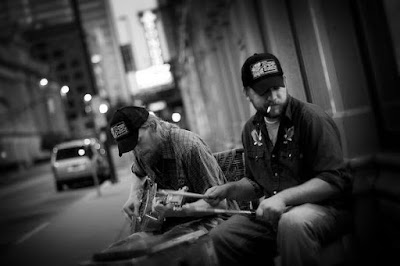 "Most say it's a blues band, but they are also a hard rock band with a lot of Southern fried attitude. They are their own category. Call them Industrial Redneck, or Country Trash." (Atlanta Music Guide). “Reminds me of live CRAMPS, RL Burnside, and even old Henry Rollins.

Listen to ”Left Lane Cruiser - Lost My Mind" on Spotify!