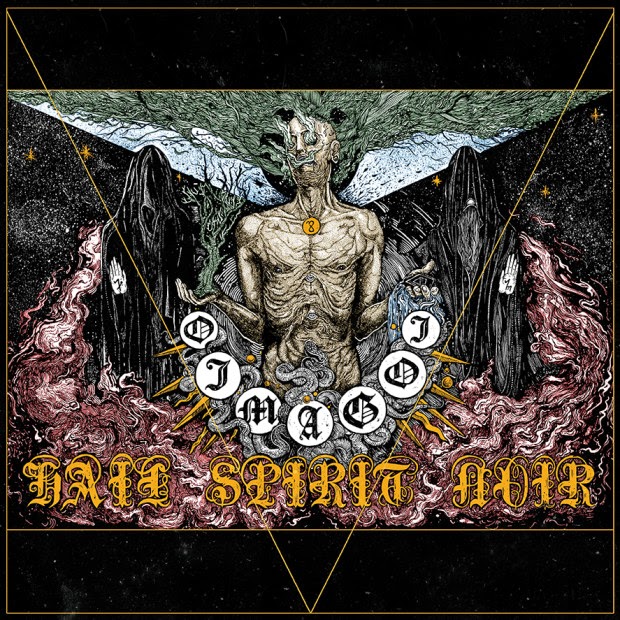 Record Of The Week is "Oi Magoi", the second album from the Greece Psychedelic Black Occultists HAIL SPIRIT NOIR.

Before I start to dig into the record I have to thank "Christofer" for the tip, else I would have probably miss this band totally. As nowadays we are pretty flooded with new bands that is trying to get some air time to reach the spot in magazines and radio. Not easy to be a new band these days. 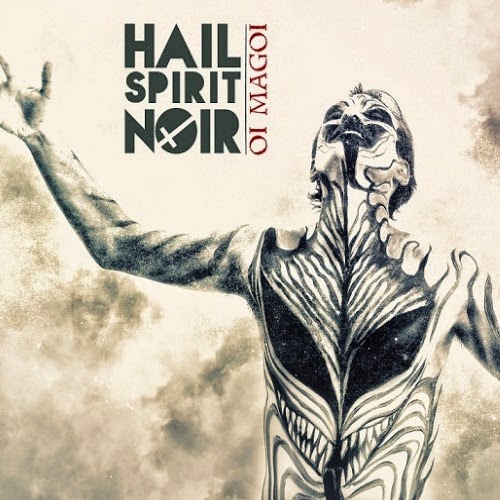 The album vocal is slew of styles, from clean singing to classical black metal moanings, gives the listener a big spectra that is both good and bad, I like the mix as it suits the music well. The music reminds me partly of the finish band CIRCLE where the thinking of creating music is a bit outside the normal box, there are many twists and turns, it's a bit freak out as ZAPPA, no boundaries, no A to B, you know what I mean. The melodies and harmonies have a massive mixture of melodramatic black metal elements and classic psychedelic progressive rock that keep you occupied for hours. The arrangement is perfectly done and the theatrical songwriting is powerful. The band works really well together on the album where the riffs techniques smoothly fills the surroundings with the necessary spices that the songs needs along the keyboards and bass.

To summarise this album:

"Oi Magoi" is a psycho progressive black metal album of trippy melodies, hypnotic passages and satyric ecstasy. It's a record you need, is worth spending some cash on!

The Vinyl version is remastered in FDR (Full Dynamic Range) and printed in noble gatefold edition, with the awesome artwork from Pierre Perichaud (Business for Satan), first version also includes a stunning A2 poster with Hot Goldfoil print on deluxe art paper. 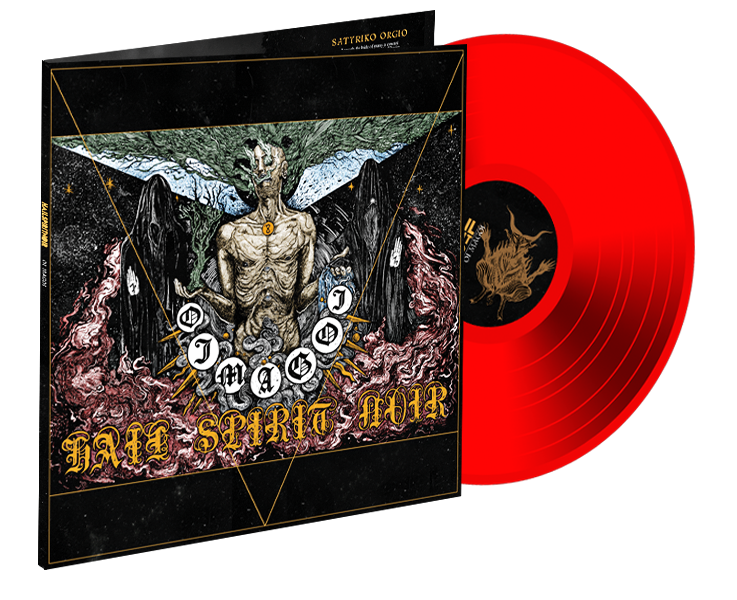 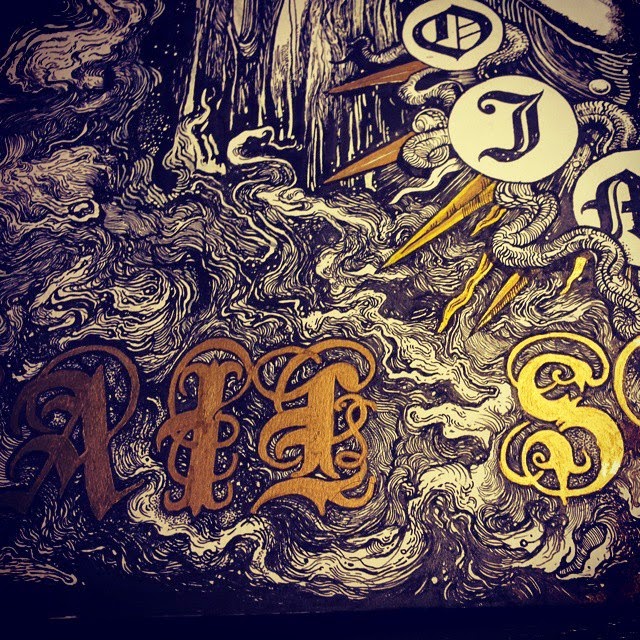 HAIL SPIRIT NOIR was founded in the dawn of 2010 by Haris and Theoharis, also members of the avant-garde/symphonic combo TRANSCENDING BIZARRE? and the prog band REX MUNDI. The band became trio with the addition of Dim(TRANSCENDING BIZARRE?, BLACKDRAWN) some months later. Towards the end of 2011, the band joined forces with Code666/Aural music for a worldwide release of the debut album ‘Pneuma’ in the spring of 2012. The album was warmly received both by listeners and critics and thus the band soldiered on satisfied with their experiment's success. Come 2013, the trio gathered once more to review ideas and begin composing for their sophomore effort. While maintaining the distinct ‘retro yet modern’ style of their debut, they tried to take things even further creating a sound once again all their own. The result was the band’s second album, ‘Oi Magoi’. 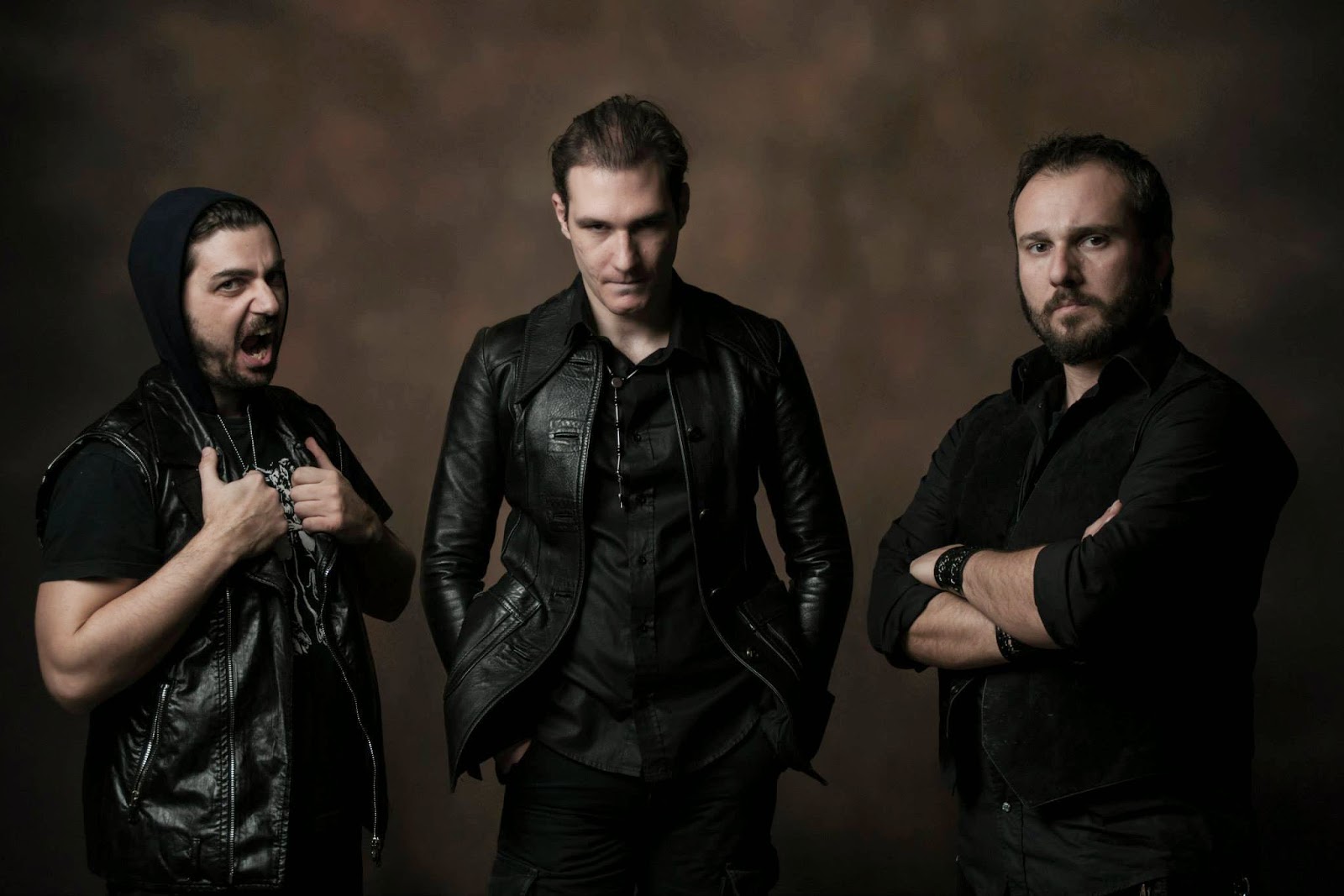 Todays tune "Demon For A Day" is taken from "Oi Magoi", enjoy!

Listen to "Hail Spirit Noir- Demon For A Day" on Spotify here!