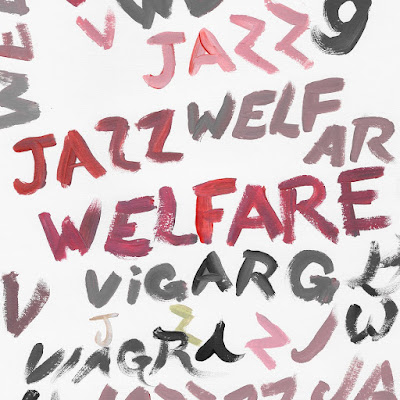 Monday, new week and it's time to introduce "Record Of The Week". 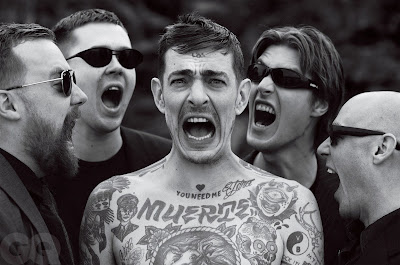 The band was formed in 2015, with several members coming from the bands LES BIG BYRD, PIG EYES, NINE, NITAD and NEU-RONZ. In 2018, they released their first album, "Street Worms", read about it here!. The twisted jazzy post-punk story about worms, sports and sneaky things in the basement and big use of black humor and satire got thier debut to reach up to be "Record Of The Week" 2018. Now it's time again for a new story by these sludgy felows in V**AGRA BOYS.

"Welfare Jazz" was released in January 2021. The front man Sebastian Murphy wrote these songs at a time when he had been in a long-term relationship, taking drugs every day, and being an asshole. Sebastian Murphy explains of the band’s upcoming album, Welfare Jazz. “I didn’t really realise what an asshole I was until it was too late, and a lot of the record has to do with coming to terms with the fact that I’d set the wrong goals for myself.”

"Welfare Jazz" is a forty minute journey diveded into 13 parts in their own unique brand of twisted jazzy post-punk where they travel true a life of a masculin nutcase. As in the opening tune "Ain't Nice" he is a terrorizing asshole and a shitty boyfriend making fool of himself in a very groovy atmospehere of sounds that is very easy to dig. The jazzy saxophone appears at frequent intervals like in the interlude "Cold Play", the oddly strang piece "Secret Canine Agent”. "Toad" & "To The Country" is a groovy country-infused piece. The bass driven "Into The Sun", where Murphy sings with incredible feeling about winning back his dearest heart. In the synth driven number "Creature" they celebrating lowlife, listen to it below. Or the punkish cover of the late John Prine‘s "In Spite Of Ourselves". The instrumental "6 Shooter" is a cool piece with some electronica and KRAFTWERK sounds. To the jesus christ "I Feel Alive", a great tune indeed. The "Girls & Boys" offers a eight's disco in a punkish way. The album is full of Zappa like sounds, plops and drops, squared-off synths, sneaky guitar that makes tis a really fun listen. That V**AGRA BOYS is here to stay is clear, their punkish attitude will capture many new fans over time. I like this, so will you.

If you surf in to the band’s website, you’re greeted by "Bob The Fortune Dog" (their version of a Magic Cookie), ask a question and get a stupid answer. And you will also notice to topline banner "Enter your credit card details now!" and "Support Capitalism Today, Buy Merchnadise!". Kinda funny!

Sum: You need this!