V**gra Boys - In Spite Of Ourselves (with Amy Taylor) 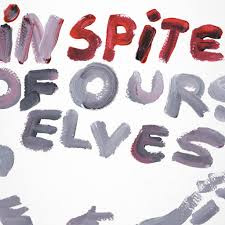 "In Spite Of Ourselves" is the title tune of the 13th studio album of John Prine, featuring duets with various well-known female folk and alt-country vocalists, released in 1999. 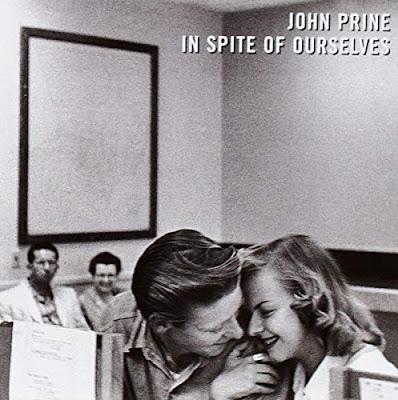 The album was Prine's first release since successfully battling throat cancer. The female duet partners include Iris DeMent, Connie Smith, Lucinda Williams, Trisha Yearwood, Melba Montgomery, Emmylou Harris, Dolores Keane, Patty Loveless, and his wife, Fiona Prine. There is only one Prine-penned song in the bunch, In Spite Of Ourselves, the title track, that he is doing a duet with Iris DeMent.

Today's cover is made by the Swedish post-punk band V**GRA BOYS featuring Amy Taylor of Australian rock band AMYL AND THE SNIFFERS. The cover will be featured on V**GRA BOYS upcoming album "Welfare Jazz", which will be out January 8, 2021 on YEAR001.

Frontman Sebastian Murphy states regarding the cover in a press release: “When I heard ‘In Spite’ the first time I instantly had an urge to do a cover or it and I instantly knew that I wanted Amy to sing Iris DeMent's part because of her unique voice. I love that she sings with an Australian accent which is not too common in country songs I’ve heard before. I’ve listened to the SNIFFERS since way back when we started and Benke showed me ‘I’m not a loser.’ Then I’ve had the privilege of playing with them and hangin out and partying with Amy and the band all over the world and we’ve hit it off from the start. Amy is a goddess of punk rock and a very important part of music today, and one of the smartest people I’ve talked to and it’s an honor to able to make music with her and I hope we can do more in the future!” 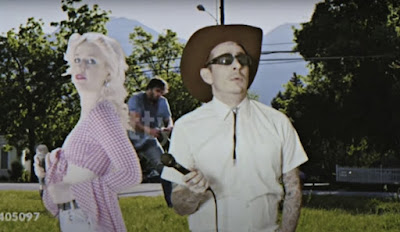 Taylor also speaks a bit on the collaboration: “I was so excited when V**GRA BOYS asked me to do a duet with them. Sebastian is a classy man but let's be true, we're both insanely feral and gross, so the lyrics are perfect, I love tomato sauce and have a foul mouth so it's like he's singing right to me, what an honour. Seb’s a country music fan, and so am I, so it was really sweet to do a little nice duet and he actually introduced John Prine to me, and now I’m a fan. V**GRA BOYS AND SNIFFERS see each other here and there around when we're touring, I’ve got all the time in the world for them and their music. Gus, our bass player, even represents a full VB track suit, hat and all! I remember when we were in London once and V**GRA BOYS were playing, Gus and Bryce went and ended up sleeping in a park because they had too much fun. I rode a ferris wheel with Benke once when they were in Australia last year. I want to try that hectic stupid canned fish they always talk about. Shrimp Jazz for life!”

Today's tune "In Spite Of Ourselves (with Amy Taylor)", taken from the upcoming album "Welfare Jazz", out January 8th on YEAR0001. In loving memory of John Prine ☮. '

Listen to ”V**gra Boys - In Spite Of Ourselves (with Amy Taylor)" on Spotify!