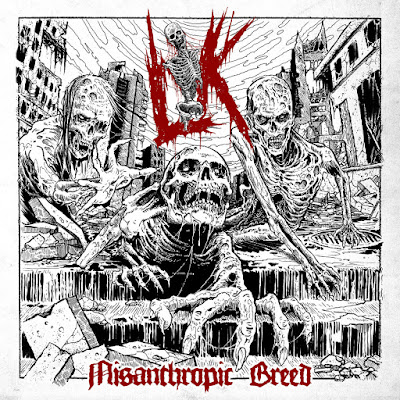 "Misanthropic Breed" is the third full-length album by the Swedish death metal band LIK (the Swedish word for "corpse").

A band that continues to develop in a controlled manner on the Swedish bloodsoaked corpses. Since their debut album "Mass Funeral Evocation" in 2015 and "Carnage" in 2018 they have impressed us with raw, angry, old school death metal.

"Misanthropic Breed" is 11 tunes with a spin time of 39 minutes and gives you as a listner the best possible old school Swedish death metal in present time. The album is very enjoyable collection of energy, from the opening screams in "The Weird" kick start the album in a high tempo, catchy riffing, punishing rhythms, crazy solos by Niklas ‘Nille’ Sandin, frenetic drumming of the crazy Chris Barkensjö along with a excellent growl by Tomas Åkvik. It's followed by the first single "Decay", a melodic and very catchy heartstarter with lyrics that is so brilliant "Death Metal","Screaming prayers you do not believe, Body is defiled and emptied, Another dimension to enter, Your - lobotomised faith". On the second single "Funeral Anthem" witch can be heard below serves us another catchy piece and gives some extra room for the new acquisition of the bassist Joakim “Myre” Antman that gives us some great bass licks. The album continues on the paved the track with delivery of fast paced melodic tunes with excellent riffing and high class solos all with similar quality. But when when we reach the excellent "Female Fatal To The Flesh" we get a more mid-paced, sludgy almost doomish piece. Heavy, groovy and very chuggy in the riffs shows a new level of the band. The beautiful instrumental "Misanthropic Breed" get us to the middle point of the album, wonder if they piced the album title from "Wolverine Blues" by ENTOMBED. The furyiness peaks on "Flesh Frenzy" to be moved over to the riff heavy "Morbid Fascination" and the hardcore chaotic "Wolves" that in the middle part swings with heavyness and very melodic guitars. "Faces Of Death" smacks you down awile until it's time for the album closer "Becoming", an epic piece of metal to wrap this beast up. 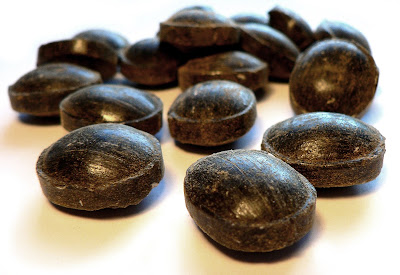 "Misanthropic Breed" is like a bag of "Tyrkisk Peber", black, hard, salty and very hot, put one in your mouth, suck and in the end the burning glory comes out and you can't get enough and suddenly you will notice that the bag is empty and you are craving for more, well get it another spin. Highly recommended. 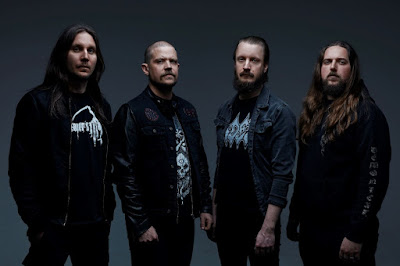 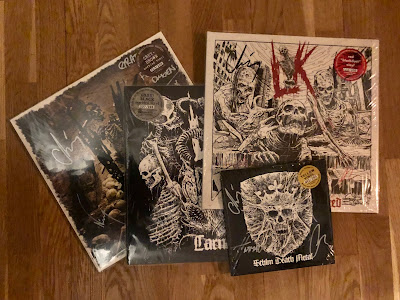 Here is a bunch of records that I got signed from the band and a birthday greet, thanks, guys. 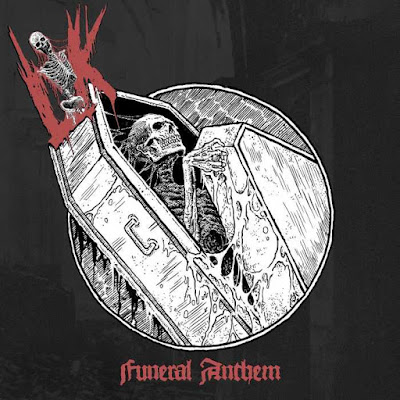