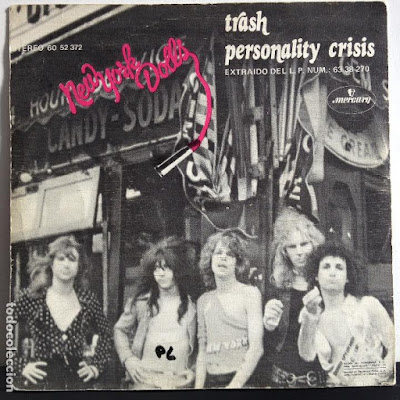 "Trash" is the debut single by American hard rock band the NEW YORK DOLLS. It was recorded for their 1973 self-titled album and released as a double A-side with the song "Personality Crisis" in July 1973. "Trash" did not chart upon its release, but has since been hailed by music critics as an anthemic glam rock and proto-punk song. In 2009, the band recorded a reggae-styled remake of the song for their album Cause I Sez So.

"Trash" begins immediately with its chorus, in which lead vocalist David Johansen sings dramatically and implores the song's subject—"my sweet baby"—to not throw her "life away." Journalist and author Phil Strongman interpreted the singer's appeal to his subject as being in the context of a socially deviant New York City: "in under four minutes, it tells a bittersweet'n'sour low-life love story – how does the girl call her lover-boy? 'Trash!' – in majestic trash-Glam style. These people might be hookers, rent boys, junkies, sneak thieves – or so the lyrics imply – but they're still human beings and their subject matter is still tragedy." Johansen quotes the lyric "how do you call your lover boy" from Mickey & Sylvia's 1956 song "Love Is Strange". 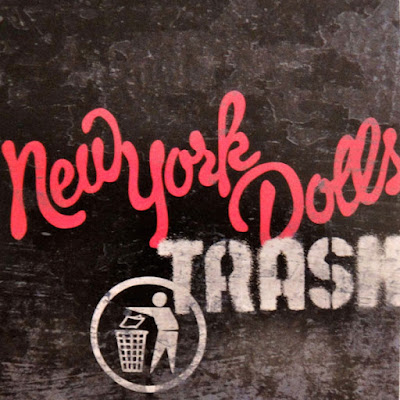 According to music critic Robert Christgau, Johansen used ambiguity as a lyrical mode on the song, particularly when the lyric "please don't you ask me if I love you" is followed by "if you don't know what I do", and later by "'Cause I don't know why I do". He replaces the phrase "life" in "Don't take my life away" with "knife", "night", and "lights" when singing the lyric at different times throughout the song. Both Strongman and rock photographer Bob Gruen felt that the other chorus about needing to "pick up" trash gave the song an ecological theme: "Trash, pick it up, don't throw my life away."

"Trash" concludes with a double-beat ending that producer Todd Rundgren embellished with high-pitched background vocals, which were inspired by The Herd's 1968 song "From the Underworld". According to Strongman, "The song's soaring finale suggests that all these problems – chemical, emotional, environmental – might just be overcome by the sheer power of love'n'lust – young rock'n'roll romance, by the passion of young people."

According to Strongman, "Trash" may have been the most "passionate" of all the NEW YORK DOLLS' songs. Music journalist Tony Fletcher later said that, as with "Personality Crisis" and "Jet Boy", the addition of background vocals and piano helped make "Trash" into an anthemic glitter rock song, while Kirk Lake cited it as a proto-punk classic in The Rough Guide to Rock (2003). 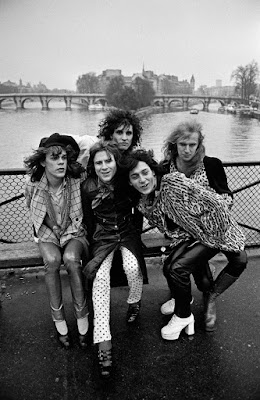 Anyway, enjoy today's tune where the clip is Performed live on television 1973.