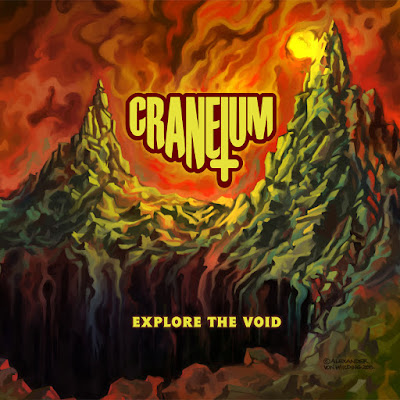 CRANEIUM is a stoner/desert/fuzz rock band formed in Turku late 2011 and has sweated themselves through an intense live schedule since then!

CRANEIUM released their first EP "the Slowerdrive Tapes" on green cassette 2013, a split 12" record with 3RD TRIP 2014 and their full-length album "Explore The Void" through Ripple Music December 2016.

Tune Down, Turn Up and Fuzz Out with CRANEIUM. Worshippers of amplifiers, weird tales, fuzzboxes and mindexpanding rock.

"First, you wonder just what the hell kind of mind-altering substances have made four kids from what is apparently Finland’s bible belt turn to the dark side in such a fashion?