Duel - Fear of the Dead 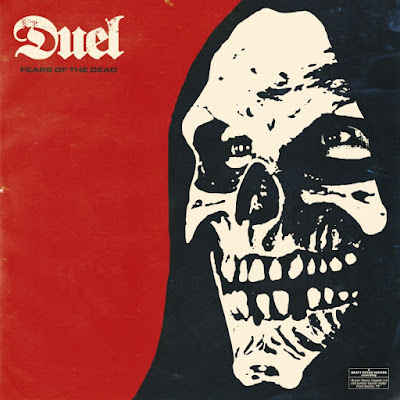 New week, time to present "Record Of The Week"

From the sun baked wastelands of Austin, Texas comes the super heavy, tripped out, old school stoner metal sounds of DUEL with "Fears Of The Dead"

DUEL is a newcomer from Austin, Texas which started in 2015, by the ex-SCORPION CHILD guitarist Tom Frank and bassist Shaun Avants (who left the band in 2014). They both handle the vocals on Duel. The other two fellows are JD Shadowz on Drums and Derek Halfmann on Guitars.

First, DUEL is not another SCORPION CHILD, DUEL is something totally different and is this good?, oh hell yeah! DUEL is hugely influenced by the darker breed of late 60’s and early 70’s Proto-metal and heavy groove, DUEL casts hard rocking spells of doom, angst, and horror from behind a thick psychedelic haze of pot smoke.

"Fears Of The Dead" is a classic groovy heavy rock album that floats slowly on the thick slurry of algae and other debris, like an wrecked steam-propelled survivor of the Vicksburg battle.

The Vinyl album kicks of with the title track, a groovy piece that have a fun and excellent swing, heavy puffy riffing, clear melody, excellent tune and I'm digging! The more speedy "This Old Crow" gets my feet's to stomp faster while "The Kraken" takes out it's debauchery to something totally different, still heavy and groovy with it's guitar licks that melts anyone. The last tune on the first side is "Fell To The Earth", a thick bar rocker with catchy riffs and smoky lyrics. (time to turn the record)

A classic hard rocker "On The Edge" starts of the "B" side of the record, with Ace Frehely sounding guitars, the stunning "Electricity" with it's killing melody kicks me of the sofa and I will stay there when "When The Pigs Are Fed" runs in with it's 80's BLACK SABBATH tune, whoa what a suprice.
"Locked Outside" ends the side and finish of the album in nearly eight minutes of magnificent rock that takes you on a voyage true the classic sound of B.O.C and the psychedelic folk of PINK FLOYD a tune that is protected by iron and steel armor plates to keep the explosive intact. 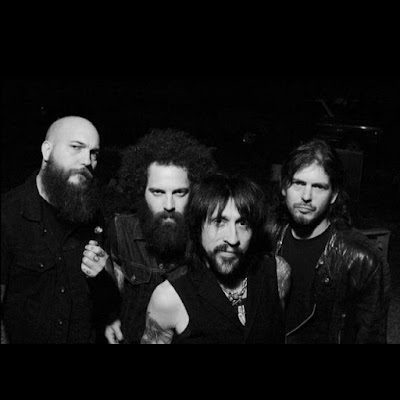 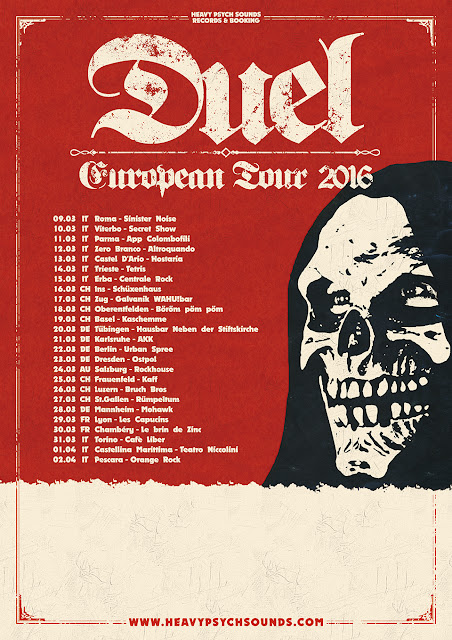 Listen to ”DUEL - Fear of the Dead" on Spotify!