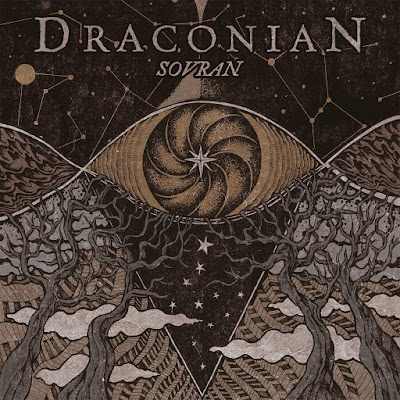 Monday, new week, time for a new Record Of The Week!

"Sovran" is the sixth studio album by the Swedish Melodic Goth Metal band DRACONIAN. It's the stunning follow up to 2011’s "A Rose For The Apocalypse". Big changes have occurred in the DRACONIAN camp over the years, the big loss of the angelic and fragile vocals of Lisa Johansson, the worthy replacement Heike Langhans powerful voice steering up the ship with dignity.

"Sovran" is an beautiful creation of dark and slow Doom Goth Metal. The songs are full of melancholy riffing, imposing sorrowful growls by Anders that are emotionally powerful along with Heike’s beautiful voice, a combination that will spellbound you completely and immediately convinces the listener with Beauty and the Beast-esque vocal contrasts, striking accents, and threatening moods. An atmosphere they weave is exquisitely sad and tragic. The album opening "Heavy Lies The Crown" sets the mood and tempo how the album will take it's path during the up coming 67 minutes. The songs are all extremely well-written and performed for maximum emotional impact. "Pale Tortured Blue" is glorious and dark, wonderful piece. The album also features a guest appearance from Daniel Änghede (CRIPPLED BLACK PHOENIX) on the haunting track “Rivers Between Us”.

Founded in 1994 in the Swedish Säffle, DRACONIAN gradually refined their sound of melodic Death Metal with elements of Black Metal, becoming more ponderous and doomy over time. Their style-defining 2003 debut LP 'Where Lovers Mourn' served a welcome alternative for fans of such classic doom artists like MY DYING BRIDE and PARADISE LOST. Contrary to many of their peers however, DRACONIANs sound has remained steadfast to its origins, in particular, the powerful vocal growls of Anders Jakobsson, one of the band's defining and most unique features, along with newcomer female vocalist Heike Langhans sensitively interwoven melodies. DRACONIANs sixth studio album "Sovran" is no exception to this formula. 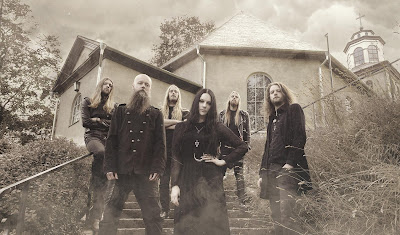 "Sovran" is a pure spellbound, if you already a fan then you sobbing with joy, if however, this is your first time with DRACONIAN, then you could not have picked a more perfect starting point, enjoy!

The album have been released on various limited editions Vinyls and digital bundles, check the up at the record label Napalm. 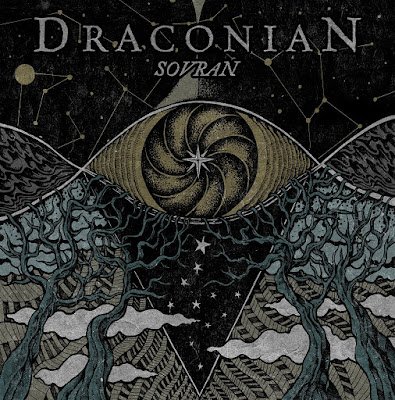 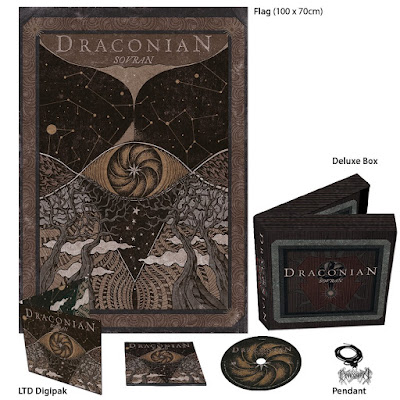 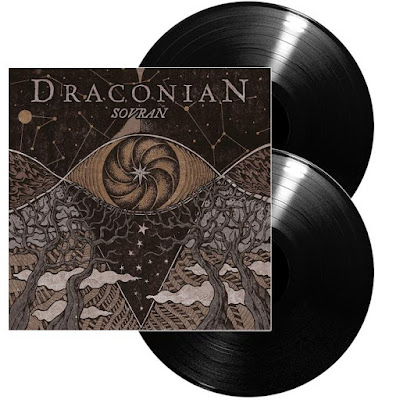