The Sounds - No One Sleeps When I'm Awake 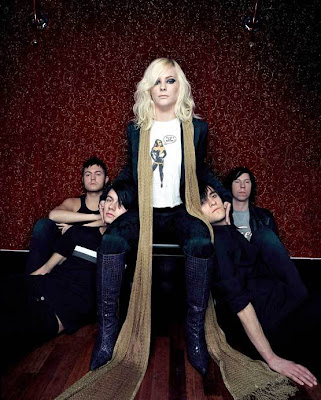 The Sounds is a Swedish New Wave band founded in 1999 in Helsingborg.
The group's musical style has been compared to New Wave acts such as Blondie, The Cars, the Epoxies and Missing Persons. Their debut album, Living in America, was released in 2002, with the follow up, Dying to Say This to You, on March 21, 2006. Their third album, Crossing the Rubicon, was released on June 2 2009. 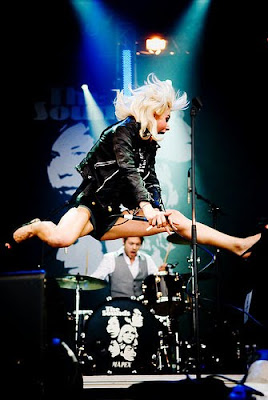 Lead singer Maja Ivarsson is explicit about her ambition, claiming "I want to be the best female vocalist around...of at least this century". She was featured on Cobra Starship's "Snakes on a Plane (Bring It)", for the film Snakes on a Plane. In addition to Ivarsson's contribution to the Snakes soundtrack, the entire band is featured as track 6, "Queen of Apology," remixed by Fall Out Boy's Patrick Stump. The Sounds is out touring at moment with the their new album opening up for No Doubt in the states, check below for tour dates. The album "Crossing the Rubicon" is full of that catchy, keyboard-driven power pop. The songs are well-polished without being overproduced. Its not their best album but its well worth listen to it.

Todays tune "No One Sleeps When I'm Awake" is the lead single from their third album Crossing the Rubicon. The title was inspired by a quote from Ronnie Woods about Keith Richards of The Rolling Stones. Enjoy!

The Sounds - No One Sleeps When I'm Awake