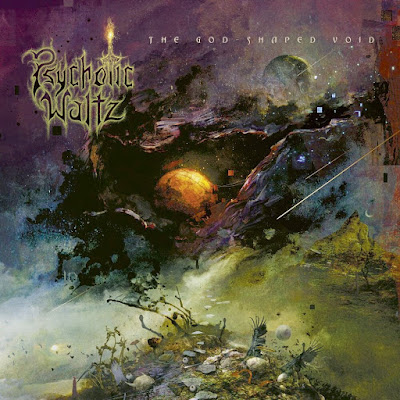 Lauded California-based progressive metallers PSYCHOTIC WALTZ are back! Not only that but they return—after officially reforming in 2010—with all five members from the group’s first three albums, "A Social Grace" (1990), "Into The Everflow" (1992), and "Mosquito" (1994). That’s right. Appearing on new album "The God-Shaped Void" and stepping in as if they never left are: Dan Rock (guitars/keyboards), Brian McAlpin (guitars/keyboards), Ward Evans (bass), Norm Leggio (drums), and Devon Graves (vocals/flute/keyboard), originally known to fans as Buddy Lackey.

PSYCHOTIC WALTZ got its start in El Cajon (a suburb of San Diego) in 1986. Previously known as ASLAN, the band that would become America’s foremost progressive metal outfit—alongside FATES WARNING and WATCHTOWER. Now, 23 years later, the high school friends have found each other again under the majesty and mystery of PSYCHOTIC WALTZ. 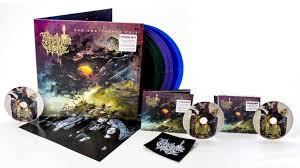 "The God-Shaped Void" is a delightful album where the band continues to dive into darker atmospherics. Eleven tunes that clocks in at just under an hour. The lyrical and melody works continue to captivate and impress. From the opening dramatic, six-minute sprawl "Devils And Angels" where we hear that they still possess the magic in creativity. Powerful harmony with excellent riffage and a magical vocal opens the door to a delightful journey in The God-Shaped Void. That they are true to their prog metal roots while also imparting insightful songwriting tact on tunes like "Stranded", "All The Bad Men", and "Demystified", which features Graves on guitar and flute. A few other great tunes are the doomy "Sisters Of The Dawn", and the hook-laden "In The Silence" and the tempestuous groovy "Back To Black". The excellent beautiful piece "While The Spiders Spin" that gives us marvelous riffage and delicate vocals, see it below. The album a well-made craft where they stick to what they do best and deliver us a delightful piece of are that will get plenty of spins, an album that should be taken as whole to be fully appreciated. If you are into progressive rock then this is something for you, at least check it up and be impressed.

"The God-Shaped Void" was released on Feb 14th, 2020 on InsideOutMusic 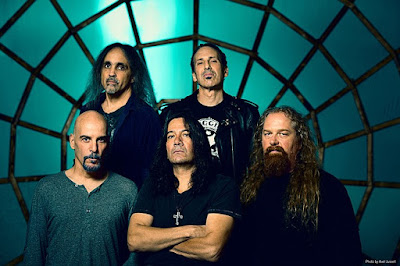 Today's tune "While The Spiders Spin", taken from the Record Of The Week "The God-Shaped Void", enjoy!

Listen to ”Psychotic Waltz - While The Spiders Spin" on Spotify!