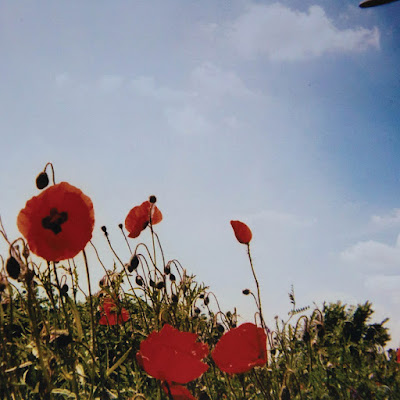 Perhaps as an effect of the rural isolation and folkloric mysticism of the region where the band has its roots, FLUISTERAARS has a very distinctive style: raw atmospherics molded into blackened psychedelic folk-rock. With three full-length albums in their pocket, the band has established itself as an important force in the Dutch black metal landscape.

From the beginning, FLUISTERAARS has been known to experiment with the influences of psychedelic folk. On "Bloem", this input is lifted into a realm of psyched-out rural black metal mysticism. In parts reminding the listener of old psychedelic rock by the likes THE ELECTRIC PRUNES, the minimal but extremely effective orchestration in some parts even touches on a production style reminiscent of Lee Hazlewood. However, what FLUISTERAARS offer here are not the very long and drawn-out compositions by which they are perhaps more well known, but captivating and moving songs, nowhere crossing the eight-minute mark. Five tunes and an enjoyable playing time of thirty-three minutes. Here you get everything from excellent compositions of big atmosphere, beautiful melodies with spellbound fairytale mysticism to blast beats and heavy riffage, with deep and dark vocals with big emotions and lyrics in band’s native Dutch. The black metal repetitiveness is used with a great balance to keep it enjoyable and repetition friendly for the listener as the tunes flow easily in my brain. The production is very good and the instruments sound excellent, the vinyl spins like a cuddly cat, the presence of tambourine and timpani just add an extra spice to an already fantastic record.

Just add the needle to the album and listen to the first track "Tere Muur", nasty black metal vocals, blast beats, furious guitars that spread on the ground like flower seeds and the same formula is used in "Nasleep" but here the steps outside the normality are beginning to become clearer and clearer. "Eeuwige Ram" is a melodic beauty with screams that reminds me of SOLSTAFIR, the atmosphere is delightful where the melody is etched slowly into the skin. "Vlek" is a monstrous piece with the best of two worlds, a harder and heavier approach to the half-speed beauty that looses up the bodies Endorphins. The album closer is the powerful "Maanruïne" that follows the same formula with mixing the chaotic way with the beauty, here we also get some species with a wind instrument and tambourine. Each of the five songs on "Bloem" stands out on its own and makes this a grandiose album that will please me as a listener for a long time.

"Bloem" was tracked at E-Sound Studios during May 2019, with recording and Mix by T. Cochrane. Mastered by Wessel Oltheten. The album was released February 28, 2020. The patriotic flower-themed cover art of "Bloem" shows that they are truly Dutch in all means. 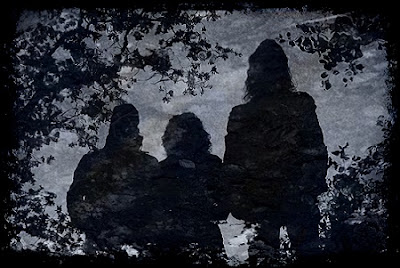 
Sum: A wonderful record to lose yourself.

Listen to ”Fluisteraars - Vlek" on Spotify!