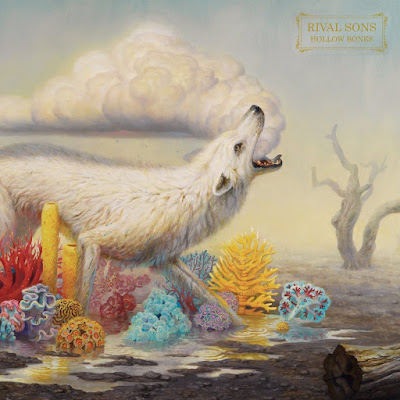 Long Beach four-piece rockers RIVAL SONS returns with their latest effort "Hollow Bones", after a two big years after their previous record "Great Western Valkyrie" in 2014, where the guys got a great success. The arenas are now bigger than before, they are selling more and now peoples knows who they are. Now they are out on tour with the mighty BLACK SABBATH.

"Hollow Bones" continues where their previous album ended and takes the next phase in their musical history. The album is fuzzy, bluesy with some real driving riffs and some real groovy melody tunes, all the ingredients it needs. The album opener and the lead single "Hollow Bones Pt.1" immediately sets the bar. The tune is linked with its counterpart "Hollow Bones Pt.2" that appears later in the record, it's syncs perfectly. "Tied Up" and "Thundering Voices" shows that these guys are really talents, Holy Moses what a tunes they are. Strong, touching and very powerful. The cover "Black Coffee" is a well done bluesy version of the original HUMBLE PIE tune. "Baby Boy" and "Pretty Face" are brilliant rockers, really colourful, bluesy, heavy and lovely. The band is are rocking very well on "Hollow Bones, but there are also some more silent moments like "Fade Out" and "All That I Want" that takes your soul and send it to heaven. You can hear that the influences are strong with hard rock's greatest, the tunes breaths SABBATH, LED ZEPPELIN and DEEP PURPLE in a great deal of these songs. 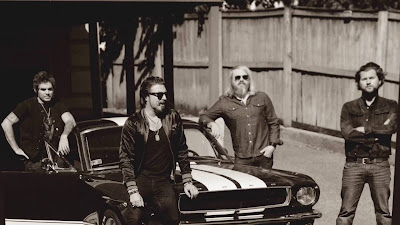 "Hollow Bones" was produced in Nashville’s LCS studios by long time collaborator Dave Cobb. With an impeccable work from the bassist Dave Beste and drummer Michael Miley that creates an combustible rhythms. Marvellous fuzzed out guitar and solos that will leave you on the floor begging for more from Mr Fuzzlord himself Scott Holiday and Jay Buchanan's voice, holy fucking shit, it's so raw and tender that you melts into a sandbag when he open up his mouth, absolute the best rock singer in this century. The band have really moved forward musically and lyrically. "Hollow Bones" is the next step in the bands musical carrier, it will bring them closer on the road to legendary status and with this album they take a massive leap. It is, quite simply, genius.

Sum: "Hollow Bones" is something you ABSOLUTELY need!