Baroness - Take My Bones Away 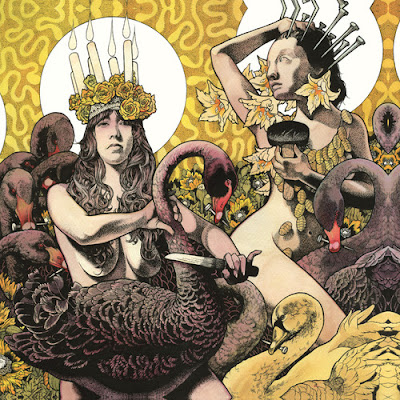 This weeks album will be another new record with a band that I really look up to, both music creation and the artistic thought of the band, the singer in the band possesses an amazing artist quality's a nice plus, his work is quite stunning. Today as we dig a little light us into the Savannah, Georgia’s own sludge metal titans Baroness's latest work Yellow & Green. 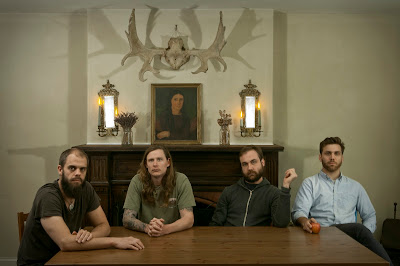 Apparently it was no longer sufficient to have one color to cover the volume of ideas for the band's third album release in 2012, as follow-up to up to 2007's Red Album and the 2009's Blue Record has become a 18-track double-record named Yellow & Green. The double album was released on July 17, 2012 through Relapse Records

The record is divided in two slices, ie two colors. The first (Yellow) is little bit of a Baroness as we know, a with the chugging, dirtier sound, but contains a lot of new creativity of softer tunes with many beautiful melodies. The second record (Green), is more reserved, quieter, more fine tuned. Vocal part is softer, the harmonies are down to earth. You could sum this up and say that they swimming in classic roots/americana, early 90s indie/alternative, pop/punk, emo/post-hardcore, radio pop, folk, hard rock and so forth. It takes a while for me to acquainting myself with the accustomed sound and above all the softer song, but Yellow & Green is a record to bury itself in.

With this record, chances are that Baroness fanbase will be two shared. It will possibly opening the band to a whole new audience, which feels a bit more easily accessible and probably lose the old as it has become too commercialized and poppy. But I like this and I love bands that truly developed and step out of their comfort zone. I feel that I will spend much time with this record. 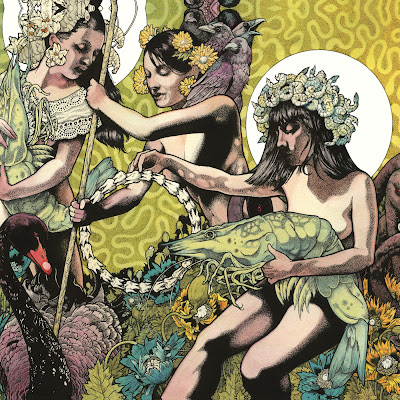 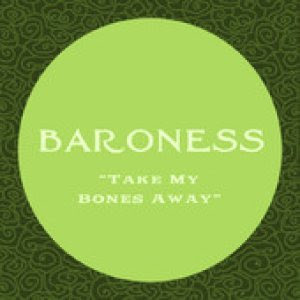 Listen to ”Baroness - Take My Bones Away" on Spotify here!