Queens of the Stone Age - Villains 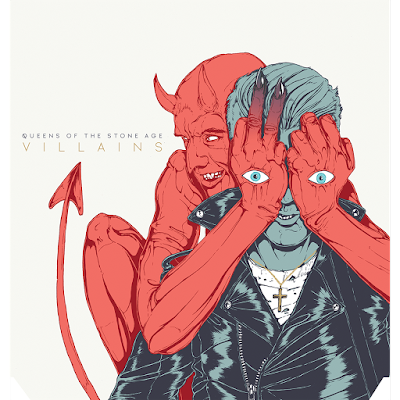 Monday, new week and it's time to introduce "Record Of The Week"

"Villains", the seventh full-length studio release for the rock band led by Josh Homme and his QUEENS OF THE STONE AGE.

This time they have worked with the producer Mark Ronson that have fine-tuned the tracks and the record sounds really good.

"Villains" feels as enthralling as it is complex, with it's typical QOTSA craziness, farout and trippy and in the same time very melodic and riffy, a little looser and more uptempo than their last release ...Like Clockwork and "more carefree". 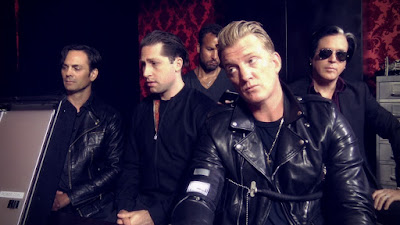 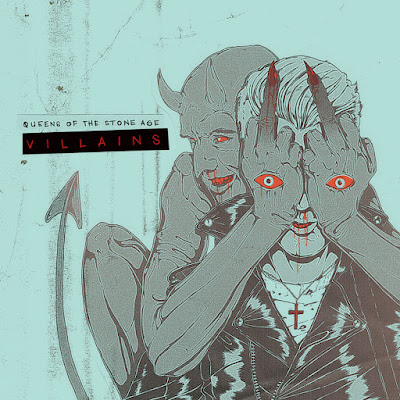 The opening tune "Feet Don’t Fail Me" starts with an roman electric atmosphere for 90 seconds before it rumbles on with monoton bobbing guitar strut and Josh Homme on a few gallons of Red Bull. Lead single "The Way You Used To Do" is a real melodic piece with a clear bassline, well signed lines by Josh, could be a comming hit single, well I will dig it if it gets a spin on the radio or the pub. All the tunes on "Villains" is in a very good quality, it's like a cuttlefish, spreads all over, were influences fingers on classic artists like LED ZEPPELIN in crunchy "Domesticated Animals", a really cool tune that flows a bit out from the normal spectra with it's dirty riffing to the half pace "Fortress" where the love is gracious and in "Head Like A Hunted House" the tempo get's higher where the old school Rock 'n Roll get a punkish feeling, a odd but cool garage rock tune. In "Un-Reborn Again" flirts with both T-REX and DAVID BOWIE, fuzzy and wonderfully farout, easy-breezy disco beats and chilly synths. "Hideaway" is an electronic softish piece where the electronica works hand in hand with the distorted guitar and Josh sings beautifully. Tempo and the craziness goes up in "The Evil Has Landed" and the album closes with "Villains Of Circumstance", almost the same outgoing as the opening tune but this is more laidback, bigger and more gorgeous music vise.

The cover art for Villains was designed by graphic artist Boneface, who designed the artwork for QUEENS OF THE STONE AGEs previous album, ...Like Clockwork. 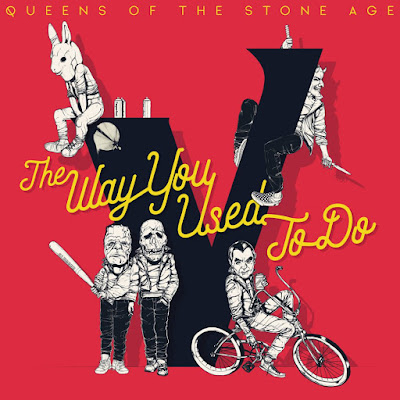 Today's tune "The Way You Used to Do" is the first single from the QUEENS OF THE STONE AGE album "Villains". The single was released on June 15, 2017. Enjoy!

Listen to ”Queens of the Stone Age - The Way You Used to Do" on Spotify!