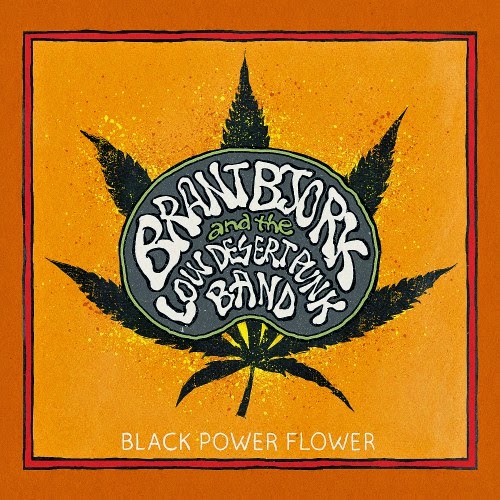 New week and it's time to present this week's "Record of the Week".

No one can fool this man anymore: As a cult figure of the Palm Desert scene, as founder and drummer of the unfortunately no longer active Stoner-Rock legends KYUSS and a permanent member of VISTA CHINO (formerly KYUSS LIVES!), the formation around KYUSS colleague JOHN GARCIA, BRANT BJORK is washed with all (musical) waters. Now he is sailing under his own flag and proves once again that his multi-instrumental skills know no creative boundaries. With his excellent occupied Low Desert Punk Band and the brand new album "Black Power Flower" and this week's "Record Of The Week".

The album "Black Power Flower" is a pretty straight-forward rock and roll album, but with the heat of Nevada desert shimmer and some hard hitting dusty crunch riffs with funky elements in the tunes that makes this piece to end up to something else. The first tune "Controller Destroyed" sets the tone for the rest of the album, it's a heavy piece with a SABBATH influence starting point that turning into some old slow punkish stuff, until it evens itself to a more hypnotic stoner-like creation. The album feels very fresh and new even if you feel KYUSS and VISTA CHINO in the layers. The sound is comfortable for the ears, without becoming repetitive and dull even if it's noisy and messy is the mix right where it should be.

I just love when he scrubs his guitar through all sorts of psychedelic effect pedals and skillfully mixes Stoner Rock, Blues and Doom-bonds to a feverish hazy brew to create "Black Power Flower"

“Black Power Flower” is an excellent album, it grooves with great toughness, it flows like a un-panned gold stream filled with the perfect amount of psychedelic with out getting high as soon you step into the water. 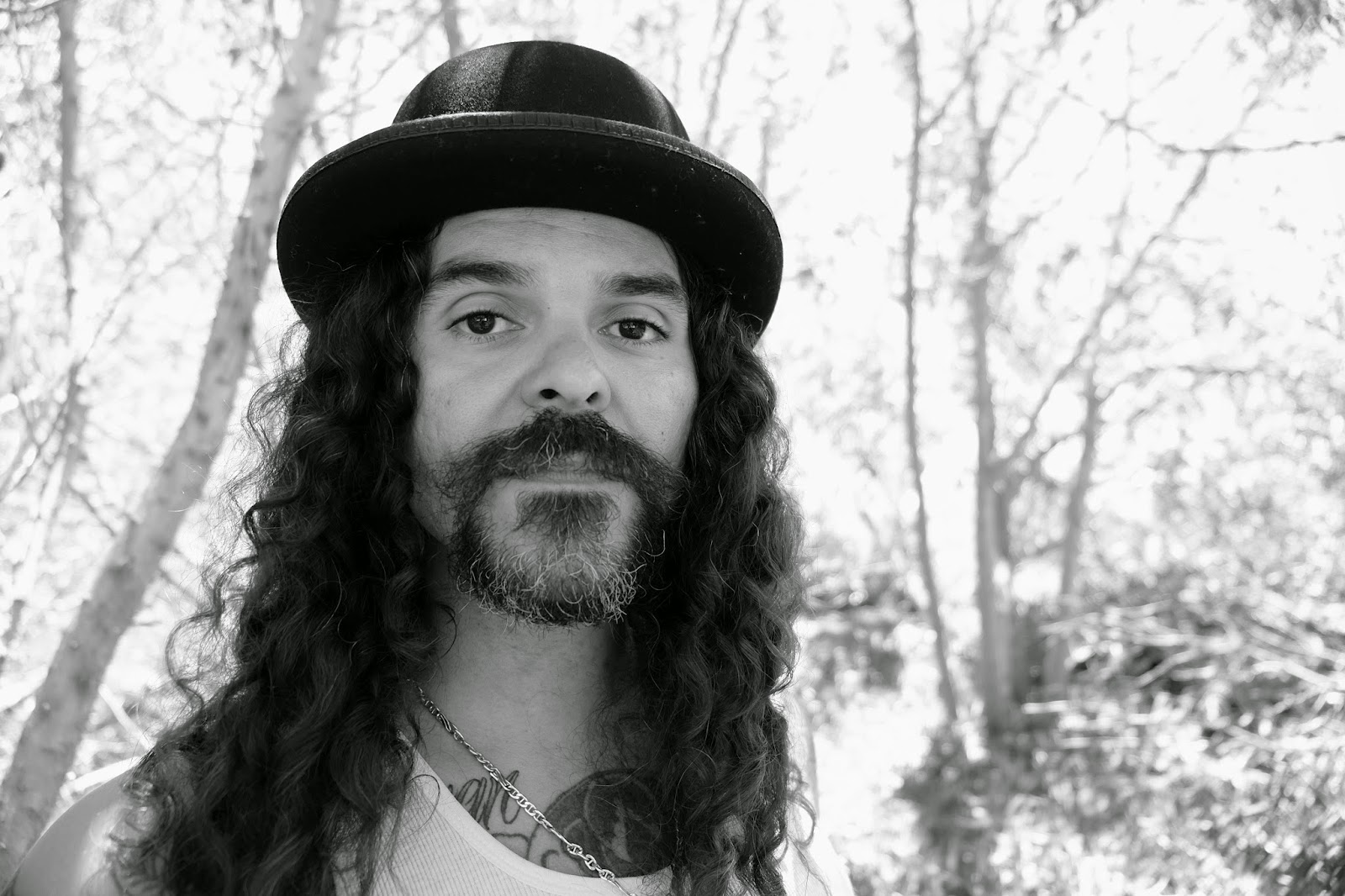 Brant Bjork hails from Palm Desert, California, where he began gigging at the age of 13. By high school Brant had begun Kyuss with locals Josh Homme, Chris Cockrell, (later Nick Oliveri) and John Garcia. Kyuss was signed to Elektra and became the first desert rock band to achieve international success by spearheading a musical movement that brought heavy and psychedelic sounds back to rock and roll and served as a prototype for all “desert/stoner rock”. In 1993, Brant left Kyuss and moved to Humboldt to flip pizzas and play soccer. Too much rain moved him back to his natural habitat where he started an independent record label, EL CAMINO, played drums in hardcore punk band De-Con; and played guitar with desert legend Mario Lalli in Fatso Jetson. In 1996, Bjork hooked up again with Homme, to begin the DESERT SESSIONS saga and work on what became Queens Of The Stone Age. However, Brant decided to take the road less travelled and rock with his surf buddies Fu Manchu, an adventure that took him into the studio for five records and around the world in four years.
Feeling the need to embark on his own personal musical journey, in 1999 Brant released his first solo record, JALAMANTA, on premier independent label, MAN’s RUIN. (Re-released in 2003 on DUNA RECORDS.) This landscape record certainly has underlying rock elements, but is more of an embodiment of fluidity in motion between cool jazz, break beats and Rasta grooves. Bjork plays all of the instruments on the record and sings with such a quiet soul and conviction it not only confirms Bjork as one of the baddest rock drummers of our time, but also legitimises him as a premier talent on all levels. Bjork's follow-up and heaviest record, CH'E, was recorded and mixed in three days with Alfredo Hernandez (drums) and Dave Dinsmore (bass), and truly captures Brant’s classic rock & roll roots. In 2002, Brant released his third solo record, BRANT BJORK AND THE OPERATORS on DUNA RECORDS. The Operators record demonstrated Brant’s capabilities indicative of his formative years being spent in the 80’s underground and creates a low-brow, hi-fi approach to traditional new wave. This record convinces us that Cheech & Chong and The Cars must have had a love child… named Brant Bjork.

On Bjork’s fourth solo record, KEEP YOUR COOL, Brant rocks, swings and soars to new heights by cutting through the petty and getting back to the sweaty. This record takes you from insightful, unconcealed testimonials to getting laid in the back seat of a trans-am. With the momentum of these four highly diversified albums under his belt, Brant Bjork takes an even more interesting turn with his latest and most introspective and laid-back record to date, LOCAL ANGEL. With this record we are assured that Brant Bjork is first and foremost a songwriter, with drums taking a quiet backseat on this one. His bittersweet lyrics and warm vulnerability allows us to feel pains and emotions generally untapped in rock music. The first Brant Bjork and the Bros group record, SAVED BY MAGIC, was released in August 2005 on DUNA RECORDS, followed by SOMERA SOL in the Spring of 2007. In 2008 PUNK ROCK GUILT was the first release on Bjork’s new label LOW DESERT PUNK and his sixth solo release to date. Recorded in Dave Raphael’s fully analog basement studio in the outback forests of New Jersey, Punk Rock Guilt clearly expresses his need to make a no-bullshit and full-on rock record.

As a philosophy, artistically and otherwise, Brant Bjork has always stayed true to his Punk Rock roots as the corner-stone of his creative energy. "To do your own thing, your own way, for your own reasons". Being an independent artist with no shame and a keen sense of humor, Brant Bjork took the term Punk Rock Guilt and simply let it represent his personal Rock-n-Roll freedom.

In March 2010, a new album called GODS AND GODDESSES was released on LOW DESERT PUNK.

Brant Bjork and his band have toured for much of the past years all over Europe, The States, Canada, and Australia. Their live shows are fast becoming recognized as the best live rock and roll going and as Aussie rag put it, “The closest thing we’ll get to seeing the Hendrix Experience.” 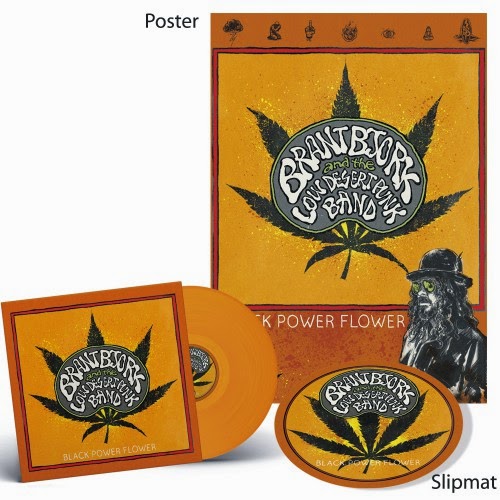