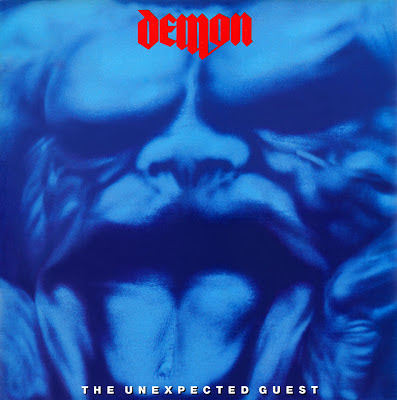 To continue on today's post with "Record Madness" and we'll pick a song and video from the albums that were displayed, and it's Sunday so it may be a classic.

Demon is an English rock/metal group, formed in 1979 by vocalist Dave Hill and guitarist Mal Spooner, both hailing from Leek, Staffordshire. They are considered an important band in the New Wave of British Heavy Metal. The original line-up was completed by Les Hunt (Lead guitar), Chris Ellis (bass guitar) and John Wright (drums). The band were signed by Mike Stone's Clay Records in 1980 and licensed to Carrere Records to join their stable of metal bands. Their debut album, Night of the Demon, was released in 1981. 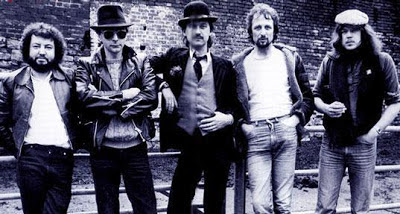 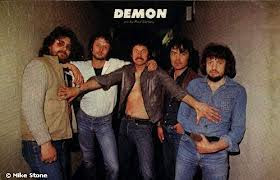 After their 1982 follow-up album, The Unexpected Guest, the band experimented beyond the NWOBHM sound and moved the band in a more melodic direction whilst still retaining the more traditional heavy metal black magic lyrical style.

Todays tune is a theatrical performance of "Dont Break the circle" and "Father of Time". The video clip is taken from The Unexpected Guest Tour, Live at Tiffany's 1982.

Listen to ”Demon - Dont Break The Circle" on Spotify here!