Grima - Will Of The Primordial 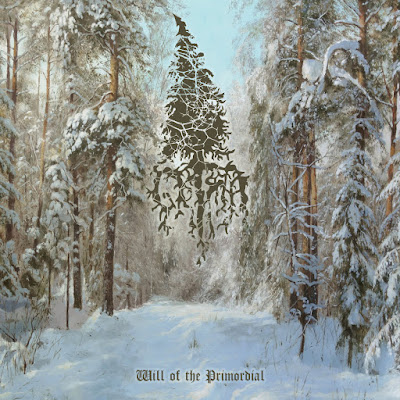 This week we turn our heads to vast Russian province Siberia where we find the third full-length album "Will Of The Primordial" with the atmospheric black metal duo GRIMA. A band that was formed in 2014 as a project to create music, they have only performed in the studio but hopefully, after this release, they will seek out and perform for us deadly human beings. 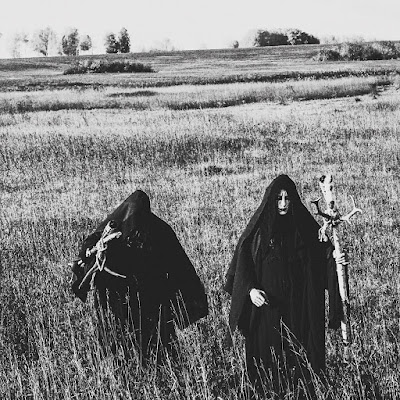 The album contains eight icy tunes, that have a terrain spanning tundra, coniferous forest and mountain ranges with gloomy atmosphere, the world’s deepest lake, circled by a network of hiking paths gives us the beauty of this Siberian duo. Pagan influences metal where the mythology is based on the worship of the elder forest, its power, and magic, where the GRIMA is a supreme god. It is a powerful spirit, who protects only those who live in a forest, and punishes everyone who does not respect nature.

Great songwriting and instrumentation that have a good variation to keep my ears busy and interested true the whole trip of 47 mins. The lyrics illustrate the harsh and cold nature of the Russian province of Siberia. Rasping and screamy vocals, melodic and tremolo-picked melodies and great variation of instruments in a classic black metal style that is well executed by the twin brothers Morbius and Wilhelm. It's a powerful album where the could be comparable with WINTERFYLLETH.

The album opens up with a pagan intro in "Siberian Sorrow", the accordion softly lays its musical layer until the guitars sneak in from the behind and the drums join the force and suddenly it burst out. A perfect ground has been made for the second tune "The Shrouded In Darkness" to play its ball. "Leshiy" is an emotional tune with beautiful passages and bestial aggression followed by "Spiritual Emptiness", the first of two instrumental pieces on the album. The peaceful tune "Enisey" with the ambient keyboard in the background that frames this tune with a golden light. Excellent vocal screams in "Blizzard". "Howl at Night" is a true masterpiece, clocking in just over nine minutes, beautiful instrumental parts that are woven in a tasteful way, the instrumental choice suits the tune like a glove. The album closes up with the second and last instrumental piece "Rest In The Snow", a beauty with horns. An excellent album and a definite recommendation for fans of atmospheric black metal, check this up. The album was mixed and mastered by Vladimir Lekhtinen. Released August 3, 2019 on Naturmacht Productions. 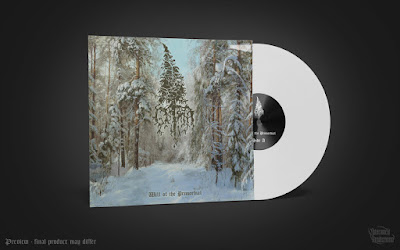 Today's tune "Enisey" taken from "Will Of The Primordial", enjoy!