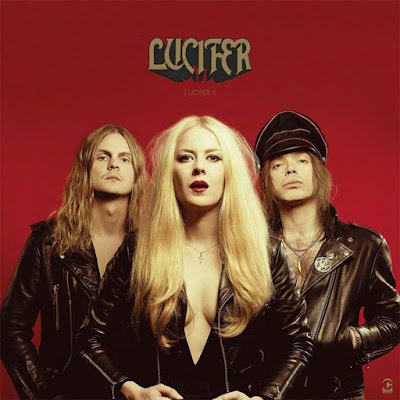 Monday, a new week and it's time to introduce "Record Of The Week" (Last one for this "Season" six month period, back again in August).

"Lucifer II" is the second full-length album by the Swedish doom rockers LUCIFER,

The band was formed in Berlin in 2014, after a wake of an abrupt split with her former band THE OATH, Johanna Sadonis created LUCIFER with the aim of channeling her love of the dark and bewitching heavy rock of ‘70s. Inspired by everyone from BLACK SABBATH, DEEP PURPLE and BLUE ÖYSTER CULT to STEPPENWOLF, HEART and FLEETWOOD MAC, she teamed up with legendary former CATHEDRAL guitarist Gaz Jennings to conjure a sound that owed plenty to her collaborator’s doom metal roots while also tapping into the untamed rambunctiousness of the post-Sabbath set. The result was an eponymous debut album that received widespread praise and media attention: the first fruits, you might say, of a rapidly expanding vision.

Although still recognizable as the band that released "Lucifer I" in 2015, even if "Lucifer II" is a very different beast from its predecessor. "Lucifer I" was a lightly stoned, doom rock sounding album and "Lucifer II" raised up to a full-blown rocker that screams 60’s and early 70’s rock. Recorded in the summer of 2017 at Nicke Anderson’s studio The Honk Palace, in Stockholm. The album was recorded as a trio, Nicke played drums, bass and half the guitar parts, Robin Tidebrink as the lead guitarist and Johanna Sadonis behind the microphone, then the band added Martin Nordin (DEAD LORD) as a second lead guitarist and Alex Mayr on bass to its current live lineup. The album was mixed by Swedish producer Ola Ersfjord (TRIBULATION, PRIMORDIAL) at Cuervo Recording Services in Madrid. "Lucifer II" was released on Friday, July 6, 2018, through Century Media. 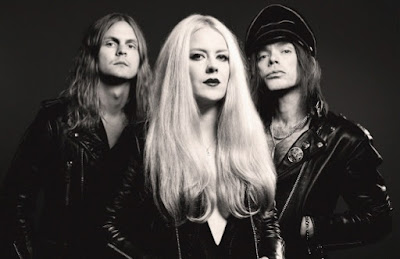 The album starts up with a really catchy opening riff of "California Son", followed by the half paced beauty "Dreamer", great flow in the melody, beautiful vocals by Johanna, same goes with the great slow rocker "Before The Sun", the guitar riffing intro in "Phoenix" gives me flashes of Ace Frehley's prime time, lovely. A cool cover of ROLLING STONES "Dancing With Mr. D", where we get the forgotten cowbell in the intro, kinky guitar riffs, brave vocals a tune that they make to their own. It follows up with a "Reaper On Your Heels", "Eyes In The Sky" with it's heavy riffing and melody along with spiritful vocals etches into the brain. "Aton" starts up with some clever riffing, intensive vocals with a great dynamics. The album closes up with the epic doomy piece "Faux Pharaoh". After a few spins with "Lucifer II" over the weekend I have found out that I really like the change in sound and band, the album sounds more complete, it's fun to listen to, the tunes are all well crafted and productions is superb. Well done LUCIFER!

Sum: "Lucifer II" is a well-rounded trip back to the Magic Carpet Ride. 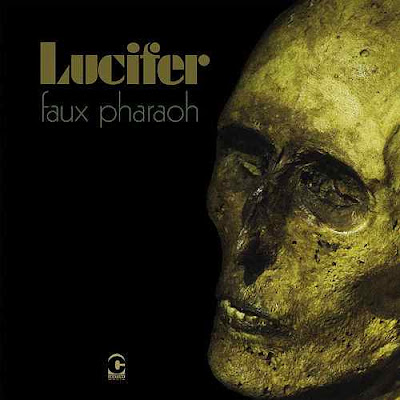