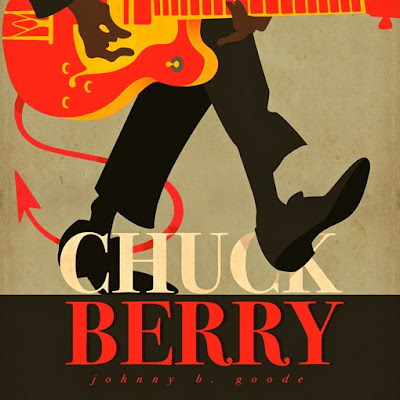 "Johnny B. Goode" is a 1958 rock-and-roll song written and first recorded by Chuck Berry. The song was a major hit among both black and white audiences, peaking at number 2 on Billboard magazine's Hot R&B Sides chart and number 8 on its Hot 100 chart.

The song is one of Berry's most famous. It has been recorded by many other artists and has received several honors and accolades. It is also considered one of the most recognizable songs in music history. The song is ranked as number seven on Rolling Stone's list of the "500 Greatest Songs of All Time".

Written by Berry in 1955, the song is about an illiterate "country boy" from the New Orleans area, who plays a guitar "just like ringing a bell," and who might one day have his "name in lights." Berry has acknowledged that the song is partly autobiographical and that the original lyrics referred to Johnny as a "colored boy", but he changed it to "country boy" to ensure radio play. As well as suggesting that the guitar player is good, the title hints at autobiographic elements, because Berry was born at 2520 Goode Avenue, in St. Louis. The song was initially inspired by Johnnie Johnson, the regular piano player in Berry's band, but developed into a song mainly about Berry himself. Johnson played on many other recordings by Berry, but Lafayette Leake played the piano on this song.

The opening guitar riff of "Johnny B. Goode" is essentially a note-for-note copy of the opening single-note solo on Louis Jordan's "Ain't That Just Like a Woman" (1946), played by guitarist Carl Hogan. Neither the guitar intro nor the solo are played at once. Berry played the introductory parts together with the rhythm guitar and later overdubbed the solo runs.

Berry has written three more songs involving the character Johnny B. Goode, "Bye Bye Johnny", "Go Go Go", and "Johnny B. Blues"; and titled an album, and the nearly 19 min instrumental title track from it, as "Concerto in B. Goode". 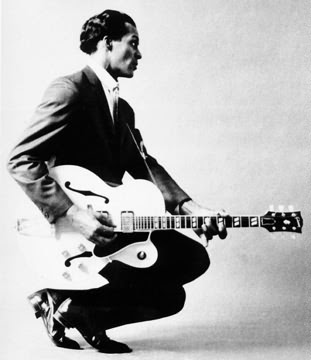 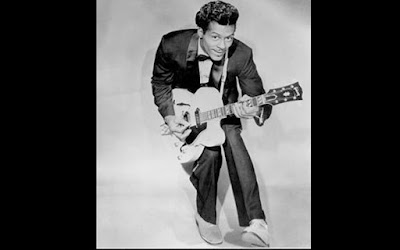 Charles Edward Anderson "Chuck" Berry (October 18, 1926 – March 18, 2017) was an American guitarist, singer and songwriter and one of the pioneers of rock and roll music. With songs such as "Maybellene" (1955), "Roll Over Beethoven" (1956), "Rock and Roll Music" (1957) and "Johnny B. Goode" (1958), Berry refined and developed rhythm and blues into the major elements that made rock and roll distinctive. Writing lyrics that focused on teen life and consumerism, and developing a music style that included guitar solos and showmanship, Berry was a major influence on subsequent rock music.

R.I.P. Chuck Berry, I hope you can do the Duckwalk upstairs. 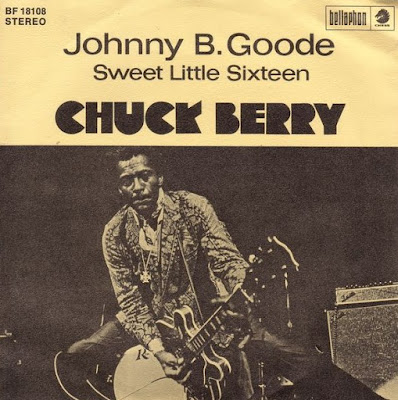 Here is a clip from Hollywood A Go Go

Listen to ”Chuck Berry - Johnny B. Goode" on Spotify!

Email ThisBlogThis!Share to TwitterShare to FacebookShare to Pinterest
Etiketter: ...And You Will Know Us by the Trail of Dead, American, Chuck Berry, Duckwalk, Icon, Johnny B. Goode, R.I.P., Sunday Classic, Ted Nugent, Tribute