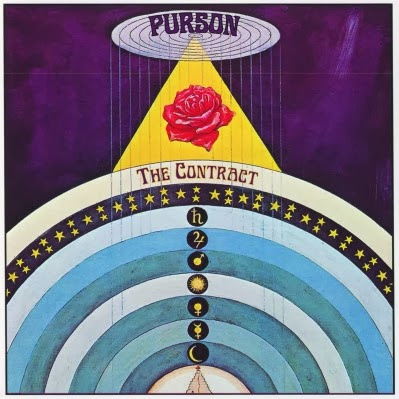 The UK outfit PURSON, whose music touches a variety of realms, including folk, prog, psychedelic, gothic & classic rock, blending other-worldly romance with shadowy foreboding – have now completed work on "Desire’s Magic Theatre", which was released through Spinefarm on 29th April 2016. (A review will come as soon the Vinyl is on my doorstep.) 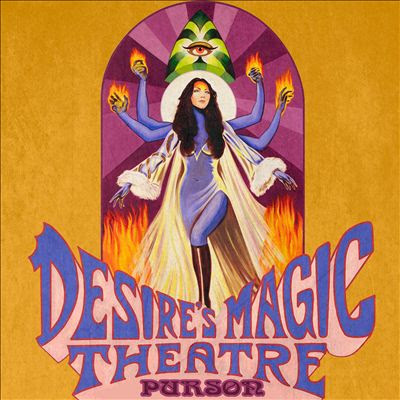 The band – Rosalie Cunningham (vocals, guitars), George Hudson (guitars), Justin Smith (bass), Sam Shove (keyboards) & Raphael Mura (drums) – have recently completed a 30-date US tour with label-mates GHOST, and have also just won the coveted ‘Vanguard’ award at the 2015 Progressive Music Awards in London. The Vanguard award is particularly significant as it is awarded to artists who deserve to be recognised for their broader appeal. 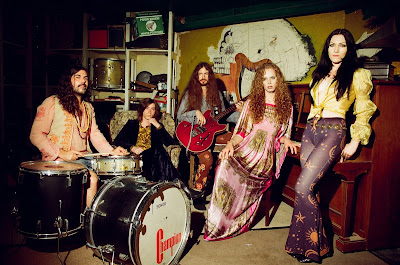 PURSONs debut album titled "The Circle And The Blue Door" was released on 29 April 2013 to general and critical acclaim. The title was inspired by an ex-boyfriend who had a breakdown. "The Circle and the Blue Door" was something he talked about before he broke down. Spin called the album "an audacious entry into a current crop of retro-pop headbanger fare that should chill the marrow of fans". Virgin wrote "Long before the last track has played its final note you will already be planning your next visit to this dark yet enchanting musical world. "The Circle & The Blue Door" is thoroughly addictive listening".

PURSON were due to be opening for GHOST every night of their Black to the Future 2015 tour.

Today's tune "The Contract" is the second single from Purson's album "The Circle And The Blue Door", the Video is Directed by William Cunningham.

Listen to ”Purson - The Contract" on Spotify!