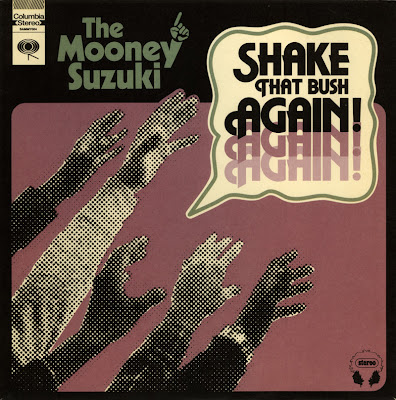 Notable past members include Nikolai Fraiture of the Strokes and the Strokes' manager, Ryan Gentles, Jay Braun of the Negatones, Steven Mertens of Adam Green and the Moldy Peaches, Carson Bell of The Pattern, and Marc-Phillipe Eskenazi of Albert Hammond, Jr. 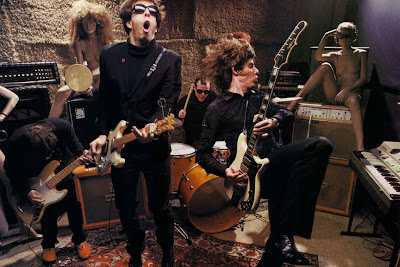 Original member Graham Tyler left the band to become a graphic designer, while drummer Augie Wilson relocated upon graduating from Cooper Union. The current lineup includes guitarist Chris Isom, who has played with members of The Fiery Furnaces and The Negatones, as well as bass player Reno Bo, who contributes to Albert Hammond, Jr. and The Fame. Drummer Will Scott rejoined the band for their Have Mercy tour after leaving upon the completion of Electric Sweat. Scott has also played drums for New York City-based quintet Apes and Androids.

Todays tune "Shake That Bush Again" is the title track taken from The Mooney Suzuki's third studio album "Alive & Amplified", released on August 24, 2004. It was recorded in various locations, including Paramount Studios, Ameraycan Studios, and Decoy Studios, all located in Los Angeles, California. Of its content, the band said it is "dense, kaleidoscopic, and that you could spend hours uncovering little nuggets of goodness." Many of the songs assume sexual innuendos, such as "Primitive Condition", "Alive & Amplified", "Shake That Bush Again", "Loose 'n' Juicy", "Messin' in the Dressin' Room", and "Naked Lady". Of the song "New York Girls", Sammy James, Jr. said "I love the song California Girls, and the women of New York didn't get a fair shake in California Girls, and he thought the New York Girls needed their fair shake, so we gave that to them." 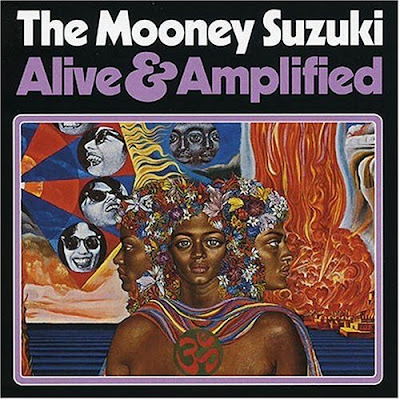 The title song, "Alive & Amplified", became popular after it was featured in a commercial for the Suzuki Grand Vitara, then in a 2004 episode One Tree Hill (TV Series), then in the 2005 film Fun with Dick and Jane and later in video games Madden NFL 2005, ATV Offroad Fury 3 and Shaun White Snowboarding. "Shake That Bush Again" was featured in Burnout 3: Takedown.

Listen to "The Mooney Suzuki - Shake That Bush Again" on Spotify here!